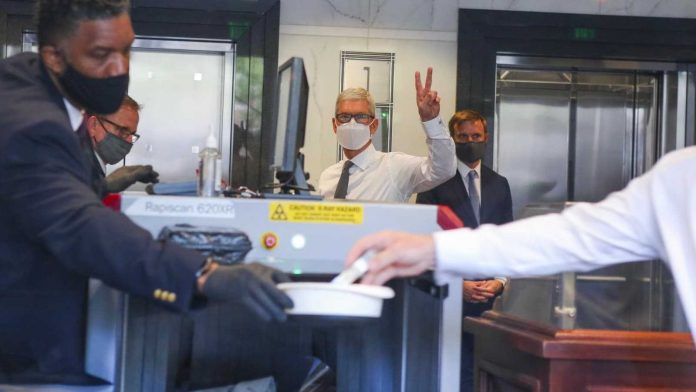 Apple scored a major victory in early September when a court ruled that Cupertino was right to kick Epic Games off the App Store. However, the company has had to accept payments from other sources on its iOS apps and is expected to make changes to its App Store starting in early December.

Now, Apple has appealed the decision and store changes may be delayed.

In September, Judge Yvonne Gonzalez Rogers finally announced her decision in the Apple v. Epic games. So the court ruled that Apple can no longer prevent developers from redirecting users to third-party payment systems, but Apple does not agree and is appealing the decision, potentially delaying these changes for some years.

On Friday, the company filed an appeal in an Epic Games case asking to stop the injunction that would allow developers to add other payment systems within their apps in addition to Apple’s method. If the California giant is successful in its bid, the change to the App Store payment system may not take effect until the deal is done — which could take years.

Thus, the court will consider the appeal in November. Meanwhile, Judge Yvonne Gonzalez Rogers’ decision is pending and is no longer expected to take effect on December 9, 2021, as required by the September ruling.

payment system in the app (in app) must change

According to Apple announced last month, the company plans to change its payment policy, allowing developers to redirect their users to services outside the App Store.

However, this change only applies to apps that offer subscription content in digital magazines, newspapers, books, audio, music and video. Judge Rogers’ ruling states that this change must apply to all applicants, not just those considered “readers.”

Apple Inc. and its directors, agents, servers, employees, and anyone in the Party or actively participating with them (“Apple”), shall not permanently prevent Developers (i) from including in their applications, buttons, metadata, external links, or other calls to action that direct customers to purchasing mechanisms, as well as in-app purchase and (ii) communicate with customers via touch points voluntarily obtained from customers via registration to the account integrated into the application.

Today, Apple still wants it and not as Epic Games wants

At the moment, developers still have to pay Apple a 30% commission for every sale made through the App Store system. Epic Games has filed a lawsuit against Apple after it attempted to bypass the in-store purchase system, which led to the blocking of the popular game Fortnite from Apple platforms.

Despite the decision regarding the software store, the judge also ruled that Apple would not be obligated to allow Epic Games to return Fortnite to the App Store.

See also  Whatsapp: Awesome! Will this popular feature be disabled?

If you are using Chrome on your PC, install the Google...

The Yuffie episode also needs to be downloaded from Final Fantasy...