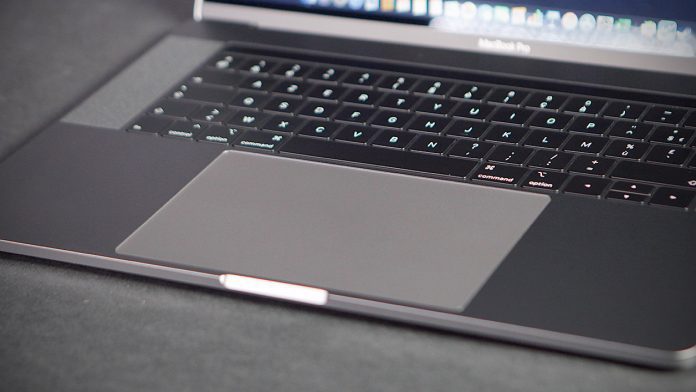 Apple imagined a MacBook with a keyboard capable of wirelessly recharging an iPhone. The brand has also considered the idea of ​​swapping physical keys with a virtual keyboard, as in iOS.

A patent submitted by Apple to the United States Patent and Trademark Office has just been approved. Introduced in 2020, it describes a laptop with different types of keyboards.

According to the diagrams, Apple has considered the idea of ​​replacing physical keys with virtual keyboard, similar to those on the iPhone and iPad. The MacBook keys are then displayed on a glass touch surface. This idea allows the user to customize the layout of the keyboard keys as they wish.

« The second screen can be configured to display the keyboard image »Apple details in the patent. The company adds thathaptic feedback system It will also be a part of it. According to its simplistic philosophy, Apple believes that this solution will improve the design of the MacBook. In this case, the entire frame will be covered with transparent glass.

This all-glass body can make it possible to place the Touch ID fingerprint reader or health sensors (heart monitor, oximeter, etc.), around the trackpad.

Other ideas crept into the patent include mergingWireless charging system directly on the keyboard. As many graphs show, it is enough to place the iPhone in the lower left part of the computer to recharge the battery by induction. Since the iPhone X, all iPhones are already compatible with Qi wireless charging.

See also  Pokémon Legends Arceus: All of Sinnoh's ancestors are in the game!

Thanks to this charging device, the iPhone and MacBook will work in perfect synergy. Similarly, Apple recently unveiled Continuity Camera, an option that lets you use your iPhone’s camera instead of your Mac’s webcam.

This isn’t the first time Apple has created a keyboard with an innovative wireless charging system. In 2019, the California group submitted a patent offer iMac external keyboard capable of remote recharging. Concretely, the computer will be able to send electricity to the battery of the accessory at a maximum distance of 30 cm. The operation is reminiscent of Mi Air Charge, the truly wireless charging from Xiaomi.

Finally, remember that Apple does not necessarily intend to release a MacBook with a wireless charging system. It is common for a company to apply for a patent without exploiting the techniques described. Like other companies, the Cupertino giant seeks to secure its innovations in order to prevent competition from taking over.