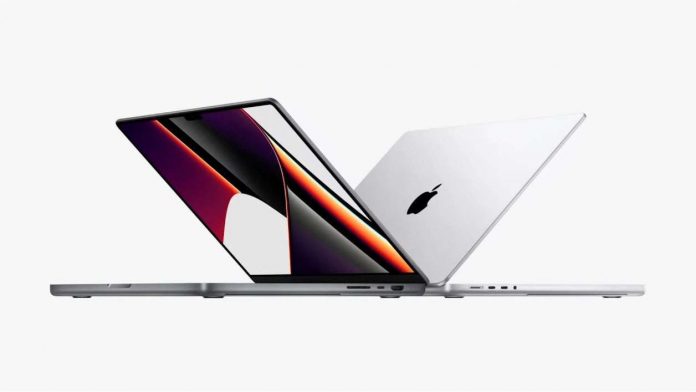 With the launch of Apple’s new 14- and 16-inch MacBook Pro, the choice of configuration has become richer or more complex, depending on the seriousness. In fact, in the 13-inch model, launched last year, equipped with the SoC M1, you can choose the amount of RAM (8 or 16 GB) and storage (256 GB to 2 TB).

With the 14-inch and 16-inch model, the situation becomes more complicated because you have the choice between several SoCs, which is the chip that includes both the CPU, the CPU, the GPU, the GPU and the neural network: from the M1 Pro the GPU 8 cores / 14 cores GPU in M1 max 10 cores / 32 cores GPU.

For storage, you have the option to choose between SSDs from 1 TB (extra cost 230 euros) to 8 TB (extra cost 2760 euros). More precisely, Apple offers an optional 96W USB Type-C charger instead of the basic 67W charger. You have to pay €20 more, unless you opt for the M1 Pro chip with a 10-core CPU and 14-core GPU, or higher.
Finally, you can choose to pre-install Final Cut Pro (299.99€) and Logic Pro (199.99€). Without taking into account the software, the most expensive configuration of the 14-inch MacBook Pro is billed 6,659 euros.

The RAM (32GB or 16GB) and storage options (1TB to 8TB SSD) are the same as those on the 14-inch MacBook Pro. On the other hand, there is no option for an AC adapter which is the 140W model.