Persia Digest
Home Tech Artemis mission: NASA invites you to put your name on the moon,... 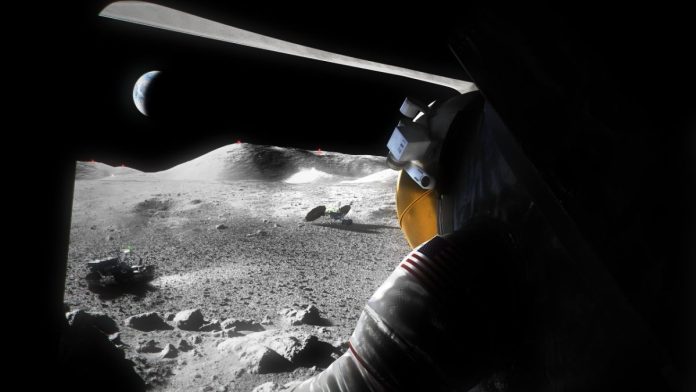 On Wednesday, NASA invited all Hispanics in the United States and the world to send their names to the Moon, now in Spanish.

The “Send your name with Artemis” campaign, which began on March 2, has collected more than 1.7 million names and the space agency extended a special invitation to the Spanish-speaking community to join the initiative, Since wednesday.

As part of this effort, NASA created the Spanish-language website, www.nasa.gov/envía-tu-nombre-con-artemis/Where the audience can participate.

Artemis I will be the first uncrewed test flight of the Space Launch System rocket and Orion spacecraft, blasting off from NASA’s Kennedy Space Center in Florida.

The flight, scheduled for launch in the coming months, will pave the way for the landing of the first woman and first people of color on the moon.

The goal of Artemis is to provide Base for deep space exploration with humans And it helps establish a long-term presence on the Moon and beyond, according to the space agency’s releases.

NASA’s Artemis program wants to establish a continuous human presence on our natural satellite They also serve as a stepping stone for Mars exploration and continue beyond.

NASA’s New Moon Rocket Rolls For The First Time In Rehearsal
James Webb: This is the first amazing picture taken and sent by a telescope
The unknown fate of the “Moon Trees” that grew from seeds that traveled to space