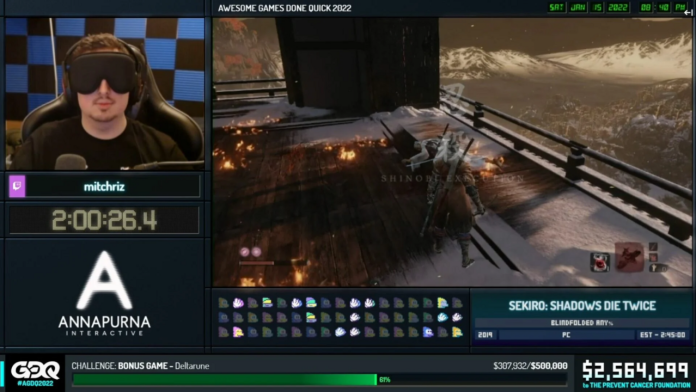 The highlight of this year’s event included a Pokémon race with One player runs the Omega Ruby and the other Alpha Sapphire, running in multiple versions for 2021, including Resident Evil Village And take two, and the series Blindfolded Sekiro: Shadows Die Twice completed in exactly two hours. Several world records were also set at the event, including: