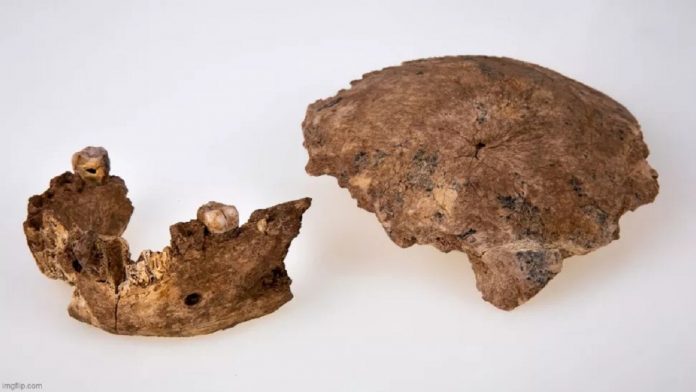 Ten years ago, a team of paleontologists discovered several bones at the site of Nesher Ramle, near the town of Ramle, in central Israel. By excavating eight meters deep, researchers have effectively uncovered animal remains as well as human remains accompanied by some tools.

After ten years of analyzes, researchers in a study published in Science Magazine That human bones belong to a type of human being that is unknown until today. This new human species could have evolved between 120,000 and 140,000 years ago.

A new kind that doesn’t look exactly like us

According to researchers, this species shared similarities with Neanderthals, especially in the teeth and jaws. However, their skulls would look more like ancient humans, especially since they wouldn’t have a chin.

Note that before this discovery, researchers also found 160,000-year-old human bones in Tabun Cave, and also in Zotyah Cave, which was about 250 thousand years old. The researchers revealed that after analyzing these bones and those discovered at the site in Israel.” Belongs to the same group ».

These human and Neanderthal species interacted and even crossed paths

but that is not all. Paleontologists claim that these new species – which have been in the area about 400,000 and 100,000 years ago and modern humans – arrived 200,000 years ago – also lived side by side in the Middle East for more than 100,000 years. They would share their knowledge and tools and they would also have cross paths.

According to the researchers, this discovery may raise questions about the distinct hypothesis of the appearance of Neanderthals in Europe. According to Israel Hershkowitz, lead author of the study, Nesher Ramla fossils make us question this theory that the ancestors of European Neanderthals actually lived in the Levant 400,000 years ago. In fact, our findings suggest that the famous Neanderthals of Western Europe are nothing but the remains of a much larger population that once lived here in the Levant and not the other way around. ».