Persia Digest
Home World Because the Russian invasion of Ukraine will not go as Putin had... 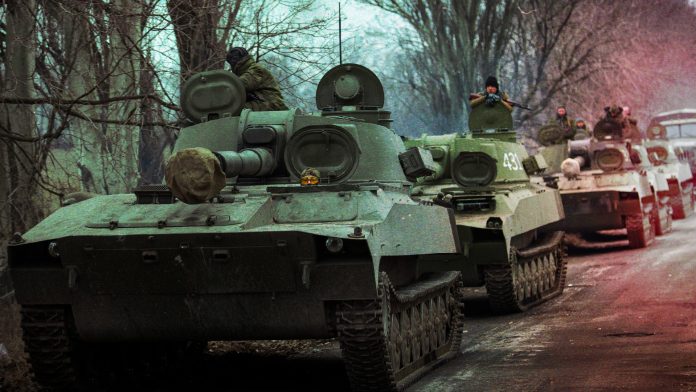 According to many, the Russian forces would have had difficulties in advancing into Ukraine. But is it really so? The following are the factors that may have adversely affected the Russian advance according to General Luigi Chiaberini.

Some commentators continue to highlight Alleged great Russian difficulties That, despite the numerical and qualitative advantage of the armed forces over Ukraine, they will not be able to quickly end the conflict in their favour.
It is important to stress that the balance of power should not be achieved on the total military units available from a country, but on those that actually find themselves facing each other at different stages of the conflict. We call them straight Dynamic and total force relationships. The latter must be kept in mind: the comparison must be made in the areas of operations and then also on the different lines of communication. Then we find that the ratio of strength in this struggle between the attack of the Russian forces and the defense of the Ukrainian forces is approximately 1 to 1 (more than a hundred thousand soldiers for both sides). On the other hand, the attacking military force should be about three times that of the defense, and therefore it seems that the Russians attacked with insufficient forces. But it is not so simple and another consideration must be made: Russia has multiple decisive force Like the air force and the higher missile forces, as well as they had the opportunity to attack Ukraine from three different directions: north, east and south.

The two factors that may have an impact on Russian progress

However, some commentators find Russia’s progress somewhat disappointing. Is that correct? Here, too, some considerations can be made. The first is that the doctrine underpinning the Russian army is basically that of the former Warsaw Pact even if there are some innovations, the most important of which is the frontal launch of the attack device of the so-called tactical battalion. . This doctrine provides for a penetration of about 30 km per day in the case of a strongly organized enemy on the ground, and about 70 km in the case of a weak organization. In some cases, as in the ongoing efforts from Crimea to the north, these objectives were achieved with coverage of about 300 km in 6 days while in other areas distances were shorter, between 50 and 100 km, with objectives being achieved on schedule. is, two or three days later) but actually blocked progress to start more complex combat in populated areas and/or to switch with units initially in the second row. Here are at least two factors to consider that may have a negative impact on Russia’s progress. The first is related to the areas to be crossed which are flat and densely populated areas of Ukraine. Population centers, especially medium and large ones, allow the defenders to impose setbacks on the attacking forces (we see this in Kyiv, Kharkiv, Mariupol, Kherson, apparently occupied after days of fighting). The other concerns the Ukrainian side’s availability of lethal anti-tank weapons systems, such as Javelins, supplied by some Western countries. It seems that these weapons are causing losses in the ranks of the Russian armored formations.


Demonstration at the Russian Embassy in Rome, the Ukrainian anthem was sung

Waiting for negotiations in Belarus

In the meantime, new negotiations will soon take place in Belarus between the two countries. As mentioned earlier a few days ago, Russians would probably be inclined to wonder: the official recognition of the popular republics of Donetsk and Luhansk but now with a territory extending to the entire Donbass, acceptance of the annexation of Crimea to Russia, the exclusion of Ukraine from any NATO membership plan (Putin called it “disarmament”). ”) and holding new elections (in his language, “disinterestedness”). Putin also reiterated that he would not occupy Ukraine (“Our plan does not include the occupation of Ukrainian territory. We will not impose anything on anyone by force.”) But between word and deed…so you might ask the point. Russia’s official annexation, as well as Crimea, as well as the area around Mariupol (the site of the violent clashes that are still ongoing). Territorial continuity between Crimea and Donbass would lead to the closing of the Sea of ​​Azov to Russia, which would thus become Marie Nostrum.

It is likely that Ukraine will have more or less room to negotiate depending on the military situation on the ground. A complete defeat would leave them no room and they might also have to lose more territory in addition to the Donbass as assumed above. It would practically be the end of Ukraine as we knew it, even if its accession to the European Union were accepted. In the event that the armed forces of President Zelensky instead resist for a long time by keeping Russian units in check, it is possible that Putin will be satisfied with what we think could be minimal results, namely, the recognized Russian Crimea, two republics, the Donetsk and Luhansk communities Independent Ukraine promised not to join NATO. These are only hypotheses for the development of the situation, but everything is also uncertain because the military situation on the ground is uncertain.

See also  Won't Ratzinger be the only one? - Free daily

* Army Corps General Luigi Capperini, former planner in the NATO Command in Kosovo, commander of NATO national units in Kosovo in 2001 and the United Nations in Lebanon in 2006 and NATO multinational unit in Afghanistan between 2012 and 2013, deputy chief of public planning He manages the Strategic/Political Direction of Alliances in the Defense Staff, the General Office of the Chief of Staff of the Italian Army, and is currently a member of the Army Study Center, the President of Lake Alta and a collaborator at the CIELS Campus in Padua.

Tampering with ATMs and fake email