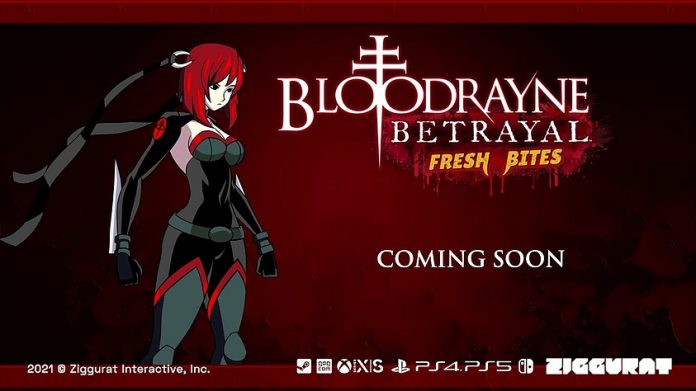 Publisher Ziggurat Interactive and developer WayForward have announced “BloodRayne Betrayal: Fresh Bites” for PlayStation 5, Xbox Series X/S, PlayStation 4, Xbox One, Nintendo Switch, and PC (Steam, GOG), but no date has been set. This is a revised version of “BloodRayne Betrayal” from 2011. A trailer showing the new implementation.

MontanaBlack: Streamer NFT Scam – When You Show a Quick Profit