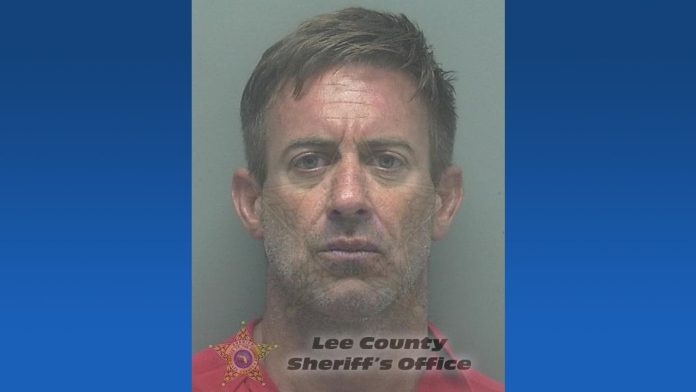 On February 28, deputies were on their way to a Wells Fargo Bank robbery in Bonita Springs when they learned that the suspect, later identified as Daniel Doucet, 41, was demanding money from a teller.

Investigators said that while Doucet was demanding the money, he put his hand on his belt, indicating that he was carrying a firearm, and asking the victim to wait 90 seconds before calling law enforcement.

At the time, a photo of Duckett and a description of the vehicle were sent to the Lee County Sheriff’s Office’s Real-Time Intelligence Center.

Investigators worked with SWFL Crime Stoppers to send out an alert with Doucette’s photo to generate tips from the audience.

Investigators found that the backpack and clothes Dossett was wearing during the theft were still in his car.

Doucet was then arrested for theft without a firearm.

“The teamwork shown by RTIC, investigators and deputies during this incident is unparalleled,” said Sheriff Carmen Marcino. “Their joint efforts are the reason another criminal is behind bars.”

Copyright 2022 Fort Myers Broadcasting Company. All rights reserved. This material may not be published, broadcast, rewritten, or redistributed without our prior written consent.

See also  Mars tomato salad is getting closer and closer