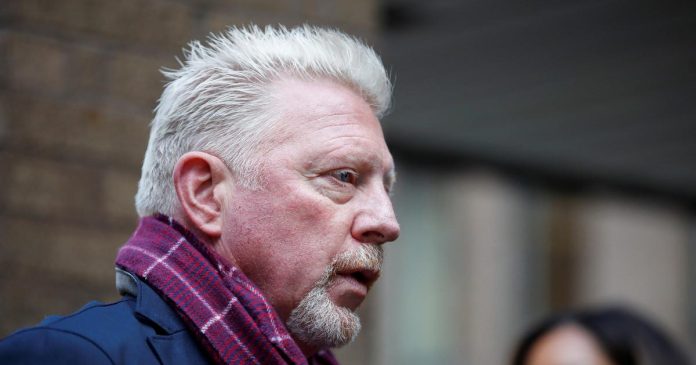 Former German tennis star Boris Becker claimed, on Monday, during the trial in London related to his personal bankruptcy, that he was “shocked” And the “embarrassedWith his bankruptcy declared by the British courts in June 2017, a few days before the Wimbledon Championships, which he was attached to.

The six-time Grand Slam winner is on trial for 24 counts of bankruptcy, linked to a €3.5m loan from private bank, Arbuthnot Latham.

The announcement of his bankruptcy came a few days before Wimbledon, at which the former tennis player worked for the BBC, Australian and Japanese television.

«As you can imagine, the situation shocked me quite a bit. Since the news was spreading all over the world, I passed through the gates of Wimbledon and everyone knew. I was embarrassed because I was brokeThe athlete told the court.

According to the former world number one, his bankruptcy and media dealings damaged the Baker brand, and he later struggled to pay off his debts.

«It’s tough when you’re broke and making headlines about it every week. It is very difficult to make a lot of money in my nameHe noted that media coverage of his case has been particularly negative in Germany and the United Kingdom.

During his trial in London, he was privately accused of not handing over, to pay off his debts, nine of the trophies he won throughout his career, including two Wimbledon Cups.

He is also accused of not disclosing two properties in Germany, as well as interest in a London apartment and hiding a loan of 825,000 euros.

Becker, who won 49 titles in his 16-year career, is suspicious of the crimes he is accused of. The trial, which began on March 21, is expected to last up to three weeks.