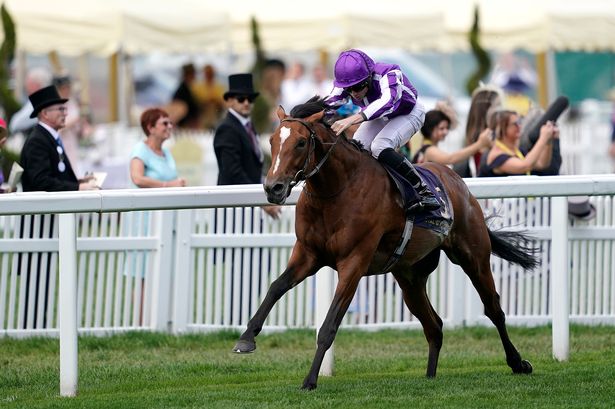 Shahryar and trainer Hideaki Fujiwara have the chance to create history at Royal Ascot by becoming the first Asian horse-trainer combination to win the Prince of Wales’s Stakes. The Japanese thoroughbred will compete against a talented field in the contest, but has plenty of his pedigree on his own merit with victories overseas. However, it will be a challenge as few horses manage to make the transition from competing abroad to conditions in the United Kingdom, especially Ascot Racecourse.

The Prince of Wales’s Stakes has been won by American and French thoroughbreds in the past, with the last overseas winner coming in 2010 when Byword triumphed under the charge of Andre Fabre. Fujiwara and Shahryar will be entering new ground, but the four-year-old is backed in the Royal Ascot horse racing betting odds at 3/1 to win the event. Only Bay Bridge has stronger odds to win the race, suggesting that Shahryar certainly has a great chance to achieve the feat and he does carry a strong record into the contest.

Shahryar has won four out of his seven races, although six of those meets have come in Japan. He was up and down in his first full season in 2021, registering victories at Hanshin and Tokyo in the Japanese Derby where he claimed victory by a nose. In the final race of the season in Tokyo, he was considered one of the leading contenders for the Japan Cup. However, Shahryar lacked the pace when it mattered the most down the stretch and finished in third place behind the winner Contrail and second-place Authority.

As a result, Shahryar was not seemingly in the running for the Sheema Classic in Meydan in March 2022 to kick off the new campaign. There were a lot of talented horses in the field from across the world such as Hukum, Yibir, Alenquer, Pyledriver and his rival from the Japan Cup, Authority.

Fujiwara ensured that his charge was up for the challenge and Cristian Demuro in the saddle brought out the best in the Japanese thoroughbred as he was able to pull away from the field down the stretch. Yibir provided a tough test of his endurance and speed in the closing stages, but he fended off the challenge by the finest of margins to secure a major victory. The nature of his win and the talent of the field at hand suggest that he is more than capable of rising to the occasion to win the Prince of Wales’s Stakes.

The only cause for concern will be how Shahryar adapts to conditions in England as it can be daunting for even the most experienced horses at Ascot. Fujiwara does not have a great deal of knowledge of the track or the race either and will be pitting his charge against Sir Michael Stoute’s Bay Bridge. The horse carries a five-race winning streak into the meet, while Stoute has won the Prince of Wales’s Stakes on four occasions, including two of the four races. John and Thady Gosden’s charges Lord North and Mishriff will also be in the field, highlighting the difficulty for Shahryar.

But if he does produce a special performance to win the event it would be one of the greatest feats in modern racing history at Ascot, and set the stage for potentially another groundbreaking attempt at the Prix de l’Arc de Triomphe later in the season.

See also  Elon Musk is the biggest partner of Twitter, his favorite playground