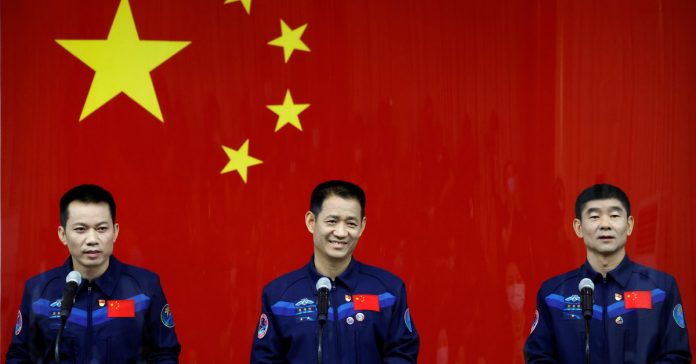 China will put three astronauts into orbit tomorrow on its first manned space mission since 2016 to participate in the tuning of the Tiangong Space Station., announced today by the China Manned Space Flight Agency (CMSA), brings together the local press.

The launch of the Shenzhou-12 manned spacecraft will begin from the Jiuquan Satellite Launch Center in northwest China at 09:22 local time (01:22 GMT) on Thursday, Xinhua news agency reported.

The spacecraft will put astronauts Ni Haisheng, Liu Beoming and Tang Hongbo into orbit “to investigate key technologies for the construction and operation of the Tiangong Station.”Said Ji Qiming, deputy director of CMSA.

“All the systems have passed the relevant tests, the crew is ready and all preparations are ready,” Xinhua quoted Ji as saying.

CMSA’s plan is for Shenzhou-12 to dock with the cargo ship Tianzhou-2 and the Tianhe base unit (“Heavenly Harmony”, in Mandarin)., which was launched on April 29 to control the Tiangong (“Heavenly Palace”) plant, which should be ready for commissioning by the end of 2022.

The astronauts aboard Shenzhou-12 will be stationed in that central module and will remain in orbit for three months.

The agency plans to carry out 11 launches – four of which are manned – to bring two more units to Tiangong, which in total will weigh about 70 tons.

See also  Here's how to see Comet Leonard in Vancouver

According to Xinhua, The space station will orbit the Earth at an altitude of between 340 and 450 kmThey are designed to last about 10 years, although experts cited by the agency are confident that with proper maintenance, they can last more than 15 years.

One of the goals of the space station program is to provide “a space laboratory that can be used for astronauts’ long stays, as well as great experiments,” said Bai Linhu, one of the designers behind the Tianhe module. April.

Tomorrow will be launched by carrier rocket Gran Marcha-2FJ said.

It will be the first mission of its kind for the third astronaut, Tang Hongbo.

China has so far conducted six manned space missions, the last between October and November 2016 with two Shenzhou-11 crew members, who conducted a series of experiments over a month at the orbiting Tiangong-2 laboratory.