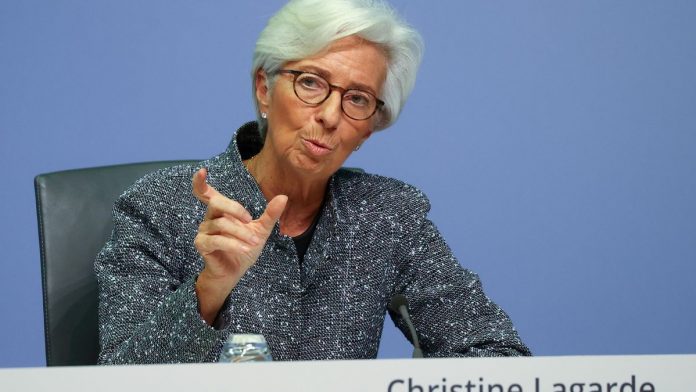 Healing is here, but for how long? Christine Lagarde, President of the European Central Bank on Thursday warned of the “doubts” accompanying a marked economic recovery after a year and a half of the health crisis.

The former head of the International Monetary Fund believes that the spread of Covid-19 variants makes economic development uncertain. “The nascent recovery continues to face uncertainty due to the spread of viral mutations,” she said during a hearing before the European Parliament.

“The improvement in the economic outlook thanks to rapid progress in vaccination campaigns has reduced the potential for dangerous scenarios,” but Christine Lagarde has mitigated this.

Speaking as chair of the European Systemic Risk Board (ESRB), which is based within the European Central Bank, Christine Lagarde did not explicitly mention the delta variable associated with the resurgence of the pandemic in Europe.

This recovery worries even investors. The outbreak, which is beginning to result in new restrictive measures in some regions, may jeopardize the summer recovery.

The delta variant, which appeared in India in April and was more contagious than its predecessor Alpha (also known as British), and thus affected nearly 40% of new pollution cases in Germany on Thursday, according to the Robert Koch Institute, the trend continues. to increase. For the delta variant, the herd immunity threshold is no longer two-thirds but about 80 or 85%, epidemiologists warn.

In the event that the economic and financial sector conditions do not deteriorate significantly, the European Central Bank could raise its recommendation to banks “at the end of September 2021” to reduce the dividends that were imposed at the heart of the crisis linked to the pandemic, adds Christine Lagarde. This question will be examined at a future meeting of the ESRB on September 23.

See also  projects. The Contraceptive Pigeon, Medical Center, Blanc Velo ... What awaits you in Saint-Chammond in 2022

Televisa and Univision launched a new company to compete with Netflix...