Persia Digest
Home World Covid in Brazil, sedatives are not available and intubated patients are associated.... 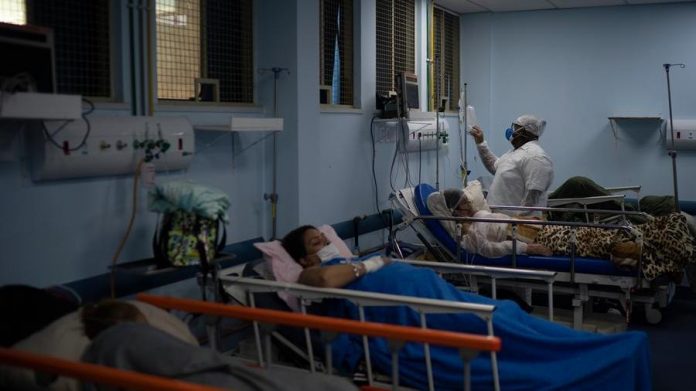 There is a shortage of sedatives in hospitals in Rio de Janeiro, with some health workers reporting that they had to intubate Covid patients while waking up. A nurse from Albert Schweitzer Hospital in Relingo, in the eastern part of Rio, told G1 that some critically ill Covid patients are intubated awake with their hands tied to the bed due to a lack of medication. 118 Covid patients have been hospitalized, of whom 40 are in intensive care. “They are awake, without sedatives, and they pop up, with their hands tied to the bed and begging us not to let them die,” the nurse said on the anonymity form.

Brazil has more than 360,000 deaths and 3459 deaths in 24 hours
Brazil has recorded 3459 Covid-19-related deaths in the past 24 hours and has exceeded 360,000 deaths since the start of the epidemic, which is experiencing its worst phase in the South American country, according to data released by the government. In the past three days, the country has recorded 8,747 deaths linked to the new Coronavirus, which is spreading unchecked across the country, despite movement restrictions in place in several Brazilian states. On the last day, the Ministry of Health recorded 73,513 injuries, with the total number of positives since February 26, 2020, when the first case was reported, 1,367,3507 injuries, although health professionals estimated that due to the “ lack of reporting, ” the number could be higher. Two or three times. ”

Brazil is the second country with the highest number of covid deaths, after the United States, and the third in terms of the number of infected people after the United States and India, although it is currently the place on the planet Earth with the largest number of deaths from Covid. , With an upward trend. The average last week was 3,015 deaths a day from the disease, which has caused 361,884 deaths in just over a year, according to official data. The most alarming situation at the moment is in São Paulo, the most populous state, with a population of 46 million, and the richest in the country, which today has nearly 85,500 dead and 2.7 million injured.

See also  Covid: protest against the closure in Sydney, clashes and arrests - the last hour

São Paulo authorities today urged the Ministry of Health to send in medical supplies and medicines to be able to intubate dangerous patients infected with Covid-19, given the risk of the few existing stocks running out within the next 24 hours. On the judicial level, a report issued by the Board of Auditors of the Union (TCU), the body that oversees public spending by the state, highlighted serious omissions in the administration of former Health Minister Eduardo Pazuelo, in office from May 2020 until March this year.

There is a legal confrontation between Poland and the European Union

Pan-European Euronews TV was purchased by a trust close to Viktor...