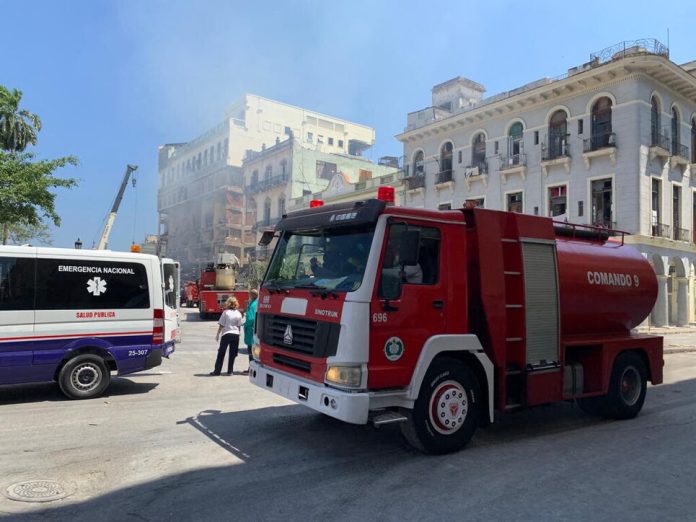 The explosion occurred around 11 am local time: according to Cuban President Miguel Diaz-Canel, who went there to check the situation himself, the explosion was “caused by a gas leak”. The hotel was undergoing maintenance work at this time and therefore closed to tourists.

Pictures of the area, which were spread on social media, show the road littered with debris, shards of glass and destroyed cars. The entire area was quickly isolated by the police, while rescuers immediately began searching for survivors or possible victims under the rubble. There is also a school right next door, but fortunately all the children were evacuated and no one was hurt.

The Saratoga Hotel, in a neoclassical style, dates back to the second half of the 19th century, but thanks to subsequent expansions and decorations, the building became popular nearly half a century later, when tour guides reported it as one of the best hotels in the Cuban capital.
Fame he maintained until the sixties when it began to decline after the revolution.

After a series of expensive renovations by a British company, it reopened in 2005, with 96 luxury rooms, three bars, and two
Restaurants, swimming pool, business center and other amenities. Since then, many personalities from the world of politics, business and entertainment have remained: among them are also part of the delegation of US President Barack Obama on the occasion of his visit to Cuba in 2016. Due to the Covid epidemic, two years ago it was closed, and the reopening date was set for May 10.

See also  Algeria, summarily executed or massacred with their bare hands by the crowd. Wrong by arson, the terrifying end of Jamal - Libero Quotidiano