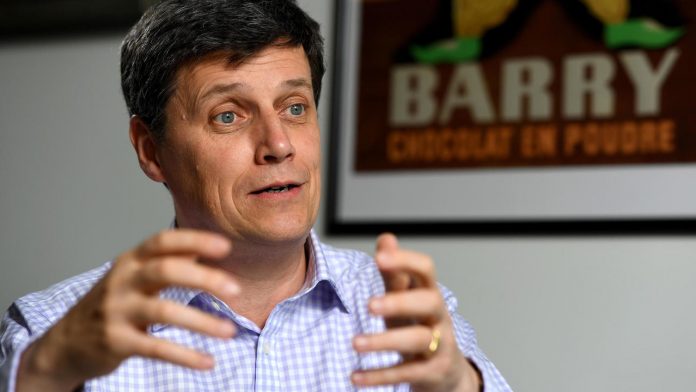 The appointment of a new Danone CEO was “imminent” on Monday, and it was the name Antoine de Saint-Africa that took the rope to lead the group recently drained by the governance crisis and the ouster of former CEO Emmanuel Fabre.

A source familiar with the matter told AFP that a meeting of the board of directors is scheduled for Monday afternoon to decide on appointing the new general manager of the French group.

This source added that the decision to appoint the Frenchman, Antoine de Saint-Africa, “appears to have been taken,” indicating that an announcement would “probably” intervene at the end of the day.

Le Figaro newspaper reported that this board’s agenda is “to appoint the General Manager of the Antoine de Saint-Africa Foundation”.

In the French giant (100,000 employees worldwide, 23.6 billion euros in sales in 2020), the new CEO will face the difficult task of finding a path to growth and turning the page on a “painful governance crisis”, in the words of Chairman of the Board of Directors, Gilles Schneib, during Shareholders general meeting at the end of April.

Former CEO Emmanuel Faber was ousted in mid-March after a series that lasted for months, marked by a campaign of shareholders and divisions within the board of directors.

M. de Saint-Affrique, 56, is scheduled to leave the Zurich-based Barry-Callebaut Group General Department on September 1, which supplies cocoa and chocolate preparations to food giants such as Unilever, Nestlé and Mondelez as well. From pastry professionals.

Prior to that, he spent a large portion of his career at the multinational consumer product company Unilever, even heading the food division from 2011 to 2015.

He also worked for some time at Danone at the end of the 1990s, as Vice President of Marketing for Spice Specialist Liebig-Amora-Maille, then a subsidiary of the group.

His performance as captain was praised when announcing in April his upcoming departure from Barry-Callebaut. Under his leadership, the group has gone through an expansion phase, “in terms of growth and cash flow,” said Jean-Philippe Berchi, analyst at Fontobel.

What provides a reassuring profile for shareholders who have criticized Emmanuel Faber for inadequate balance sheet.

Mr. Faber was replaced as Chairman of the Board of Directors by Jill Schneep. Danone (Actimel, Evian, Blédina …) is looking for a new GM.

Among the selection criteria, which Gilles Schnaib mentioned at the last public meeting, are “very strong experience in collective consumption professions”, “an international dimension”, “a personal evaluation characterized by performance”, and “an indisputable compatibility with culture, values ​​and societal commitments.” Danone, “as well as” joining “the first local reorganization project initiated by Emmanuel Faber.

The group’s unions were concerned about the destabilization hence the departure of Emmanuel Faber, known for standing up for greener and social capitalism.

Since then, the Board of Directors has reiterated its adherence to the Local First plan, which is supposed to generate savings and increase the profitability of the group. It provides 1,850 jobs worldwide, including 458 in France.

The council also said it is related to Danone’s “mission-oriented” status, which was adopted last year, and which urges Danone to pursue additional financial goals, particularly in relation to environmental protection.