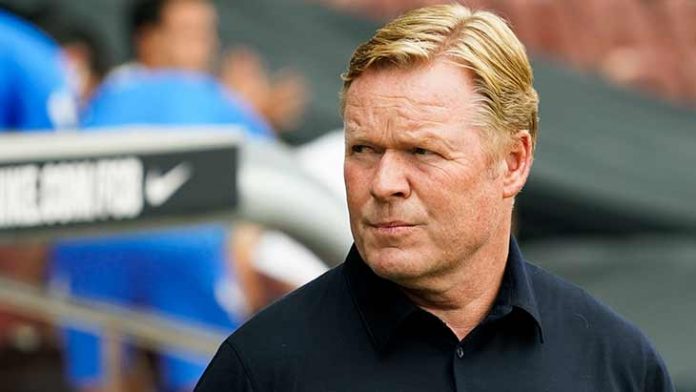 Barcelona finds Bayern Munich on Tuesday evening in the Champions League, more than a year after its humiliating 8-2 defeat against the Bavarian team. But on the eve of the match, it was mostly about the relationship between Ronald Koeman and Joan Laporta during the Dutch technician’s press conference. In an interview with Dutch media NOS last weekend, the Barcelona coach criticized his boss for talking too much to the press.

“Our relationship is good, Koeman emphasized on Monday, clearly wanting to calm things down. If there are things to sort out, we talk to each other. In the end, we want the best for the club, which is always the most important. I don’t have a problem with the president as we talk about club matters. It’s a perfect relationship for me. Of course we had small differences, but we talked about them and we’re on the same page.”

Re-launched in his interview with NOS and in particular in his statement Thank you, this club has a future.Koeman explained his idea: “The only thing I said was that I am a coach who gives chances to young players. I basically said that. I am a coach and I am looking for the best for the club. We know the situation is complicated at the club, but we make things better and one of those things is to give chances to the young people, who are the future of the club.”

Also when asked about a possible contract extension, which would be conditional on many things, including titles and also a game system that must be respected and some players using it, Koeman emphasized his tone: “It’s not true that there are conditions and I don’t want to say more about my contract. At the moment, we’re not talking about it. Being Barcelona coach means winning games and knowing that we are in a period where we are changing things in the team and we have to accept it and work with it. My future is not important, future The club and the team are important.”

Against U23 from Dortmund: AS Eupen wins the Test 3-0