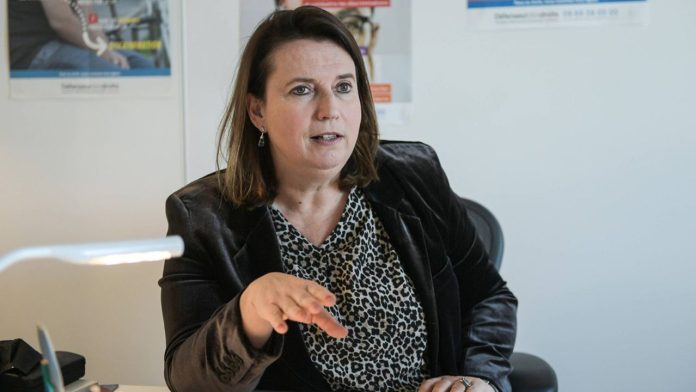 Founded by the Basic Law of March 29, 2011, Defender of Rights has never been much in demand. The annual report of this independent body, which this year celebrates its 10th anniversary and is chaired by former journalist Claire Haddon, shows a sharp rise in referrals, particularly related to the health crisis.

During the ten years of its existence, the rights advocate received nearly a million complaints. But of that total, 115,000 were received in 2021, with an overall increase in orders of 21% and a “level that has never been reached.”

The effects of the health crisis

In detail, the complaints dealt with in 2021 relate in particular to social protection and security (22.1% of complaints handled), foreigners’ rights (17.1%) and the Road Traffic Law (11.6%). But the effects of Covid also prompted many requests.

Throughout the year, “recognizing the importance of vaccination in fighting the pandemic,” rights advocate Claire Headon lamented the “gradual erosion of our freedoms and community cohesion” while “exacerbating social inequalities and social instability.” In an interview with Paris The former journalist, published this Tuesday, also called for an end to the health emergency. We can’t stay in an emergency forever. […] It is essential to have a genuine democratic debate, with a scrutiny in Parliament that takes the necessary time,” she explains.

Its 231 employees in particular noted, through referrals instructions, “the continuing and particularly worrisome effects on children of a health crisis that arises over time.” Part of the annual report is dedicated specifically to children’s mental health and to the rights advocate’s pleas to the authorities about the need for “increased vigilance”.

The rights advocate also received “dozens of complaints” from agents who were stopped by health institutions for not complying with their vaccination obligation even though they were on sick leave. “Discrimination based on health status,” according to the foundation.

A platform dedicated to discrimination issues

With regard to the fight against discrimination, the report states that a dedicated platform was established on February 12, 2021. Designed, supported and pioneered by the rights advocate, which provides remedies to victims of discrimination, this system also includes a telephone number and mobilizes associations, trade union organizations and relevant state organs. In December 2021, the platform registered 14,000 requests. It allowed, according to the report, an increase of 22.2% in referrals on this topic.

The rights advocate also calls for more “man in machine,” in the face of the dematerialization of public services. “A certain number of people have a greater difficulty: the elderly, people with disabilities, obviously people in precarious situations, foreigners, prisoners, young people. Dematerialization is an opportunity but we must preserve the material reception,” she wonders.