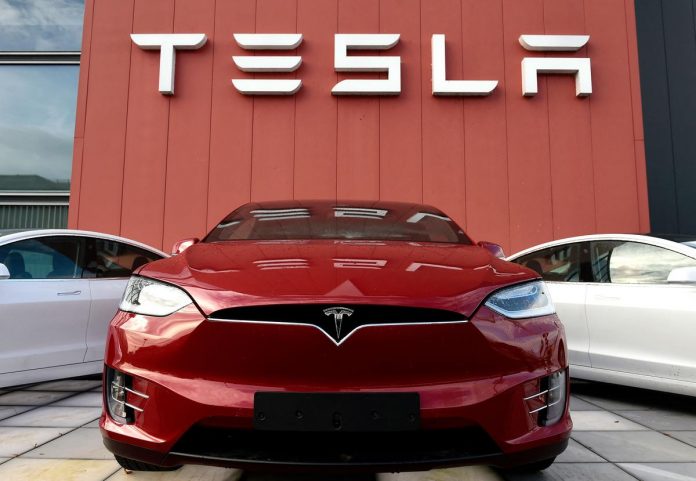 Despite supply problems, the automaker managed to deliver 241,300 vehicles in the third quarter, an increase of 20% over its predecessor, and 76% year over year.

Electric car maker Tesla managed to post record profits in the third quarter despite logistical issues crippling its production lines, but it warned that ramping up will depend on the availability of some items.

“A variety of challenges, from semiconductor shortages to port congestion to blackouts, have impacted our ability to operate the plants at full capacity,” the group said in a statement. However, Tesla was able to deliver an unprecedented number of 241,300 vehicles worldwide during this period, an increase of 20% from the previous quarter, and 76% year-over-year.

Chief Financial Officer Zach Kirkorn said on a conference call that ramping up its Shanghai plant has been a big contributor, with Chinese-made vehicles being exported to the United States and Europe. Elon Musk previously said he was able to overcome a lot of the shortfall in semiconductors by using new chip designs and rewriting software accordingly.

Other manufacturers are finding it difficult to deal with these challenges, with General Motors seeing sales of its cars in the United States, for example, drop 33% in the third quarter due to a semiconductor shortage that has since forced it. year, to reduce its production. Kirkorn said Tesla is on track to meet its 50% annual growth target but production in the fourth quarter, but that “will depend a lot on the availability of certain components.”

To justify the stock’s reaction on Wednesday, which fell 0.7% after the session, CFRA’s Garrett Nelson said that the fact that the company announced that its growth would depend on external factors “may have left investors hopeful.” Exceed expectations. But it is up 23% since the start of the year, having jumped more than 700% in 2020.

Tesla had sales of $13.76 billion between July and September, up 57%. The company’s net income jumped to $1.6 billion during the period from $331 million in the previous year. Tesla said the increase in operating profit was “mainly related to growth in vehicle volumes and cost reductions.”

Thus, the group was able to increase the gross profit margin of its automotive activities to 30.5% compared to 28.4% in the previous quarter. Kirkorn said the company, which recently announced it is moving its headquarters from California to Texas, still aims to start production at its new plants in Austin and Berlin by the end of the year. The goal, which the chief financial officer reiterated several times Wednesday, is to ramp up production to meet strong demand for electric vehicles.

Tesla, which surprised at the beginning of the year by announcing that it had bought 1.5 billion dollars worth of bitcoin, however, once again saw that this investment affects its results. After earning $101 million in the first quarter thanks to virtual currency, the group had to post a cost of $23 million in the second quarter and then $51 billion in the third quarter.

The group, which has always derived a large portion of its profits from selling to other companies from carbon credits given to it because its cars emit zero emissions, continues to see this source vanish: Income generated from these transactions was $279 million in the third quarter versus $354 million in the second quarter. and $518 million in the first.

As suggested in July, the eccentric Tesla boss did not participate in the conference call with analysts on Wednesday. Elon Musk indicated at the time that he wouldn’t necessarily participate in this meeting that traditionally follows the publication of results, “unless there’s something really important I want to say.”