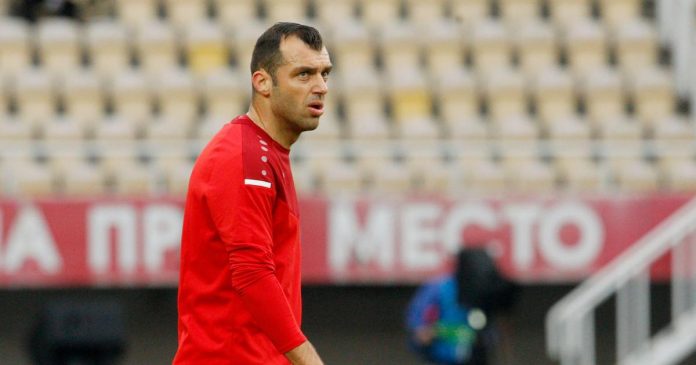 The two matches in the final European Championship qualifiers ended with Austrian victories. “We know their weaknesses and we know how to play with them,” said Dragovic. “They usually build with a chain of three players, because of their attacking style of play, there are gaps in the back. We have to turn quickly after winning the ball, and then there are spaces behind the chain.”

But even the Austrian defense is not always resolute, as it turned out on Sunday in a goalless draw against Slovakia. “We are all human and mistakes are part of them,” said Dragovic, who survived the encounter with the Slovaks, and urged caution. “We don’t need to drive ourselves crazy or put too much pressure, we just have to believe in ourselves. Everyone has to play freely, with a certain amount of safety of course.”

If the Austrian defense plays, goalkeeper Daniel Bachmann still has to be beaten. “He’s brutally tough on the test. He’s also very good at driving,” said Dragovic of the new ÖFB A-Keeper.

They are also well positioned in attack, regardless of whether Sasa Kalajdic or Marko Arnautovic is up front. “Everyone has their own qualities, and both are dangerous.” A cohesive team effort is crucial anyway. “If we only had 11 selfish people on the pitch, we wouldn’t get very far. The key is that the team gets along well and everyone is there for each other,” said Dragovic.

UEFA Champions League: Club Brugge aims for another milestone on Tuesday in Leipzig

Serie A: Venezia with Svoboda and Schnegg score against Torino – football – international

Since the federal election in 2021, two trans women are entering the bandwagon for the first time. There are two new faces of...

The €3 billion transitional fund has been launched to support medium-sized companies and large companies severely affected by the health crisis and facing funding...

After Atlético Nacional was eliminated, this is how the 16 places...

Mercato – Mercato: Tuchel dreams of overtaking Leonardo and his dream...