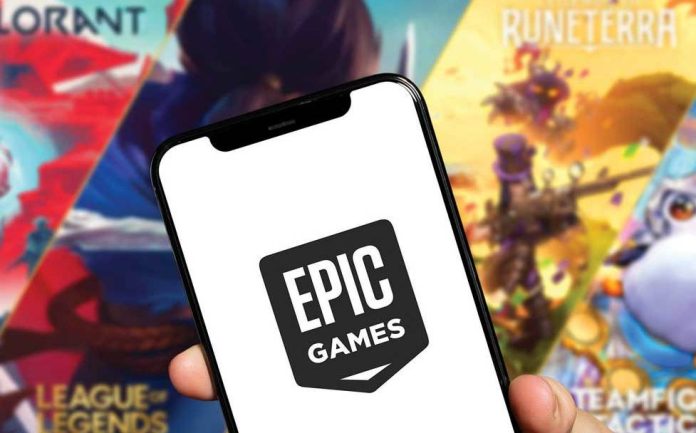 Epic Games, creator of Fortnite, Received $2 billion in new funding from Sony and the group behind the Lego franchise, are in a race from the world’s leading game companies to build a metaverse filled with avatars.

The group is based in North Carolina Sony raised a billion dollars to develop games and consoles And another $1 billion from Kirkbi, the investment company behind the Lego Group.

The deal is estimated by Epic at $31.5 billion. after the deal, Kirkby will own 3 percent of the company.Sony will own a 4.9 percent stake in Epic Games.

Lego and the creator of Fortnite announced earlier this month that they had formed a “long-term partnership” for Create a metaverse for kidsBut he gave few details about how the plan would be funded.

“This investment will accelerate our work to build the metaverse and Create spaces where players can have fun with their friendsBrands build creative and immersive experiences, and the community of creators thrives, said Tim Sweeney, CEO and founder of Epic Games.

This move came after Microsoft Reached agreement to acquire Activision Blizzard for $75 billion. The company’s president, Satya Nadella, said the deal would allow it to enter the metaverse, a still-and-fuzzy concept that tech and gaming visionaries say will shape the way people interact, work and spend for decades to come.

The news shocked the sector in which it is located Microsoft is in a bitter battle with Sony for control of the consoleand helped launch a wave of consolidation among video game companies around the world.

playstation creator Already provided $250 million in funding to Epic Games in July 2020which was followed by another $200 million in April 2021, bringing the total to $1.45 billion.

Kenichiro Yoshida, CEO of Sony, said, “We are also confident that Epic’s expertise, including a powerful game engine, combined with Sony technologies, will accelerate our various efforts, such as Develop new digital experiences for sports fans and our initiatives in virtual production.”

Epic Games has already created a successful virtual world with its most famous game, Fortnite. The Unreal Engine, which it supports, provides a prototype for the technology that will power a virtual world Thousands of people can navigate separate digital spaces as 3D avatars. However, there is still some way to go before these virtual worlds can smoothly achieve the low latency which is necessary to make them attractive enough to replace real world interaction.

Timothy Dean Sweeney, a computer programmer who still does a lot of his own coding, said earlier that he thinks The metaverse represents a “billion dollar opportunity”And that the next few years will likely be crucial for companies like Microsoft, Epic, Meta, and its American competitor, Roblox, to get their first billion users.