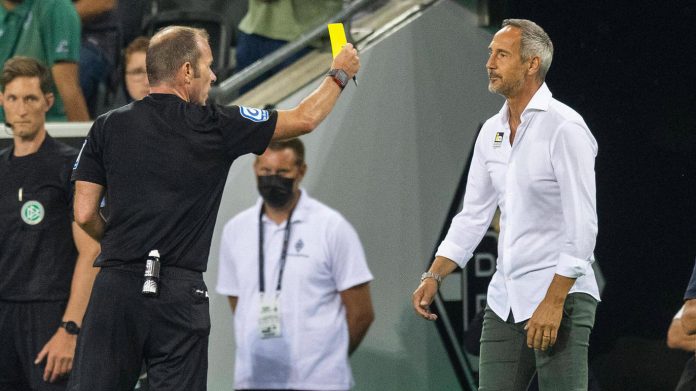 The final stage of the opening of the Bundesliga was wild. A player from Gladbach Bayern landed twice in the penalty area, but the whistle did not come. Much to Borussia’s annoyance.

Towards the end of the first game of the new Bundesliga season, the focus was on a man who did not play for Bayern or Gladbach: Marco Fritz. The referee of the game, who had been unclear until then, dismissed the penalty whistle twice in favor of Borussia. For this he received a loud whistle from the fans.

This is about these scenes

81. Minute: In an attack by Gladbach, Jonas Hoffman storms right into the penalty area. In the middle he looks for Marcus Duray lying on the floor. Bavaria’s Theodore Upamekano kicked him in the leg and brought him down. Thuram and Stintle complained to Fritz, who called video assistant Christian Tinkert for help. But the result: no fines.

Step 1 expert and U21 national coach Stephen Kunds wondered: “In general, I thought this was a bad thing. As a coach I ask myself, why shouldn’t I go out and see it? I want to end up as a referee and say I did nothing wrong.

83. Minute: Again Dura Bayern landed in the penalty area, again Upamekano was found guilty. The Gladbach striker defended the ball from the opponent and fell to the ground after some contact with the foot. Again the tap was quiet.

To Gladbach’s incomprehensible Patrick Herman: “For me it’s definitely a punishment. Especially a second can be given.”

Gladbach’s coach Audi Hotter also said after the game on Sut 1: “As a referee you’ll never see it again.” Austria did not want to complain. He was satisfied at this point: “We saw an amazing Bundesliga start and it went back and forth.”

Bayern player Leon Goretzka was also surprised: “” I do not think we can complain when the whistle blows.

Captain Lars Stindle was a little clear: “We don’t have to complain about it now. We have to accept it. Maybe this season we’ll get lucky again and get punished. But it’s hard.”