Persia Digest
Home Tech Find out that the legend of Zelda: Ocarina of Time has portals... 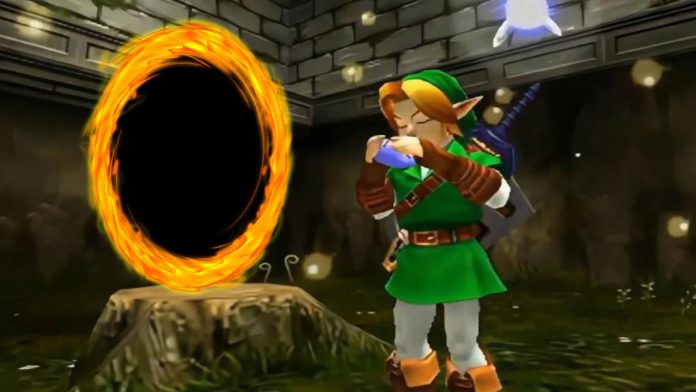 The Legend of ZeldaOcarina of time It was released on November 21, 1998. In a span of 23 years, the Nintendo 64 exclusive has become the basis for 3D platform games and has earned its place in video game history based on its own merits. Its gameplay was unique and unique to everyone Players since then. Could be better? We don’t know, but it could have been completely different.

Giles Goddard, a former developer who worked for Nintendo in the 1990s, It was revealed in a podcast that the first version of Link’s adventure through time contained a certain way to navigate the huge map at the time. Ocarina of time, Also go back and forth in time, and play with space thanks to the presence of portals.

In the purest form of another worship, outletAnd the The link traveled by being using gates activated by crystals. You can travel to dungeons like the Water Temple and then immediately go to Hyrule Castle by passing through a large woolen cordon.

The link in addition to challenging the time, he would play with space | Image: Nintendo

Crystals and gates are not fixed. as in outlet-You can unlock it wherever you want and create your own path to defeat Ganondorf. Dynamics made Ocarina of time It was more sophisticated and more dazzling. Why did he come out?

The job was a Nintendo Experience. Giles Goddard explains it Portals were only implemented in a special demo as Nintendo tested their titles to the maximum. The company wanted to see what its 64-bit console could be such an interesting obstacle. They decided to ignore it for the original address because the dynamics weren’t ready for the delivery date.

Although not applied, The Legend of Zelda: Ocarina from Time It instantly became an unparalleled experience for all pre-2000 players. How do you see that? Have you been encouraged to play the title with portals all over the map?

Subscribe to our site YouTube channel To watch the videos we release every week. We’ll be waiting for you!