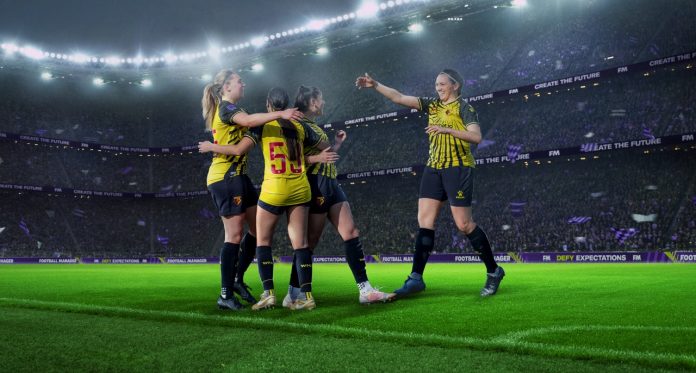 SEGA and Sports Interactive have announced that the world-famous Football Manager series will be expanded to include women’s football.

Sports Interactive and SEGA Europe Ltd. I proudly announce that work has begun on a multi-year project to add women’s football to the popular Football Manager series.

However, the result of this pioneering work will not be an independent simulation of women’s football management. Instead, women’s football is fully integrated into the lively world of FM games and players can take control of both men’s and women’s clubs and switch between them without a hitch.

The studio has not yet set a specific date for the completion of this project. The goal, however, is to integrate women’s football as quickly and realistically as possible. The development team at Sports Interactive wants to ensure that women’s football is represented in the game as authentically as possible, with the high level of realism and attention to detail that the series is known for.

A release date will not be announced until these high standards are met.

“We have absolutely no interest in making our own version of Women’s FM,” said Myles Jacobson, Studio Director at Sports Interactive. “Instead, we will be integrating women’s football into FM…according to the motto: One sport, one game.”

“We want to be part of the process of equality between women’s and men’s football. We know we are not alone in this endeavour – the historic television contract between Sky, BBC and WSL in England is the best proof of that – but we also want to do our best to deliver football Ladies to the right place.”

The campaign to integrate women’s football into FM is supported by leaders in the world of football, including Emma Hayes, head coach of Chelsea Women’s Club.

“Women’s soccer has fans all over the world, and we’re making huge strides in terms of audience numbers and TV contracts,” Hayes says. “For the sport to take the next step, however, it needs to be recognized as an integral part of the world of football, not as something separate and different. We want future generations to grow up in a world where there is no such thing as ‘women’s football’ and ‘men’s football’. …only football. The ambitious plans put in place by the Sports Interactive team for Football Manager will play a major role in achieving this goal.”

For an in-depth look at the project and some of the technical details it brings with it, check out a blog post by Miles Jacobson posted on the Football Manager website today.

Adobe: Photoshop on the web should be free to use