Persia Digest
Home Tech For the first time, a robot performs a complex process without human... 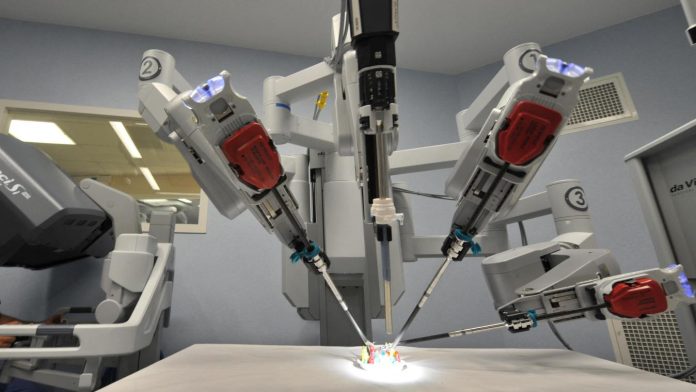 The robot has been programmed to perform arduous laparoscopic surgeries without any human assistance. This surgical procedure, which was performed on a pig, is the result of the work of researchers at Johns Hopkins University, and is a major advance in the medical field.

Researchers at Johns Hopkins University shared in Science Daily News a major breakthrough they made. Thanks to the STAR (Intelligent Tissue Autonomous Robot), they performed the first laparoscopic surgery on a pig without any human intervention during the procedure.

They actually performed such an operation in 2018, but it was semi-autonomous because a human guided the robot through the surgery. At the time, the robot made a large incision to perform the operation, which was not necessary at the beginning of the year. STAR’s sewing tools have been updated and their visibility has been improved to provide the robot with a better visualization of the operating field.

If this is a major advance, it is because laparoscopic surgery is a real challenge, even for professionals in this field. In particular, it makes it possible to sew the intestines without making incisions in the stomach. The accuracy of robots in this area is a major asset. STAR software is designed not to miss a thread or make a mistake that could happen to a human being.

“What sets STAR apart is that it is the first robotic system that plans, adapts and executes a surgical plan in soft tissue, with minimal human intervention,” said Axel Krieger, associate professor of mechanical engineering at the Johns Hopkins Whiting School of Engineering.

See also  Bungie wants to know if you've been cheating at Destiny 2, according to a new survey

According to the expert, autonomous robotic surgery will soon become mainstream, and robots like STAR will soon perform trauma surgery with absolute precision.