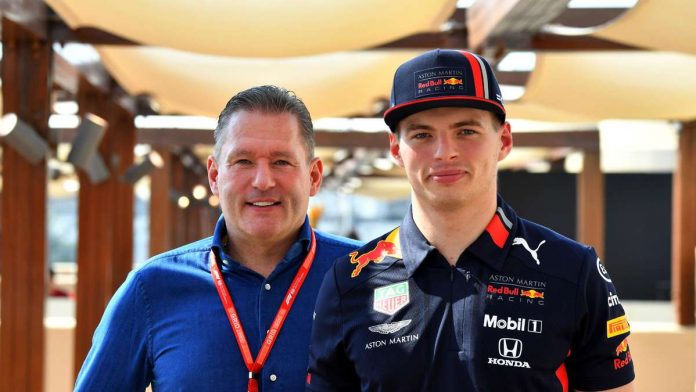 Jos Verstappen often touched his son Max hard while he was training as a racing driver. But he also recognized his talent early on.

MUNICH – Jose Verstappen (49) of the Netherlands has led 106 Formula 1 races. In 1994 he started with Benetton as a teammate of world record champion Michael Schumacher. He got to the podium twice. Until 2003, Jos Verstappen was in the service of lower teams such as Simtek, Footwork/Arrows, Tyrrell, Stewart and Minardi. Now his son Max is up to the world title.

Mr. Verstappen, what is different for your son from previous years?

Verstappen: He has a much better package than in previous years. This gives Max the feeling of being able to win races. Before that, Mercedes was always much faster, and this year is different. He knows he’s racing for the championship and that he can’t make mistakes. Of course he’s at the top of the championship, but we all know what can happen as well. You also need luck. But I’m very happy with the way things are going for him at the moment. I see he’s having fun, doing a great job, he’s with the best team.

Hand in hand: who is the best? Lewis Hamilton or your son? What are the advantages and disadvantages of the two?

Verstappen: I think they are equal. Since they are in different cars, it is not possible to say exactly who the best driver is. However, Hamilton’s advantage is that he has more experience. However, Max has been with us for six years. Max knows what he’s doing. He sees the race well. As for the 13-year age difference: I think Max has a bigger advantage in terms of speed because of his young age.

Verstappen: Yeah. She also comes from a racing family and has driven kart races herself. We were all about motorsport day and night. Max has always been there and has never heard of anything other than Formula 1 or go-karting. He started racing himself when he was four years old.

How proud are you of the development your son has made over these years?

Verstappen: Very proud. Because it was very hard work and we both had to make sacrifices. We took the bus to Italy almost every Friday after school. There were two days of training for the program and the race on Sunday. We went home in the evening and went back to school on Monday.

Were you a strict racing dad?

Verstappen: I think it was hard for Max. We didn’t get off on the right track to do the same. We went to win. And that’s what I taught Max, too. I’ve always wanted to win, win, win. I asked him that too.

When Max was seven years old, Jos Verstappen knew he had something special

When did you know all that effort was worth it?

Verstappen: When he was seven, I saw that he had something special. You can see him in the race because he was always incredibly fast on the first lap on cold tyres. And when overtaking. You can see where someone can get past, how he prepares them – Max has always been very good at it. If I hadn’t seen this special thing in Max, I wouldn’t have gone into it that deep. Each year, the distance was 80,000-100,000 kilometers by bus. I also take care of the engines, and was a mechanic and a house dad too. It cost me a lot of time and money and I wouldn’t have done it if I hadn’t seen his talent.

How integrated were you initially when Max got into Formula 1? At the age of 17 he was the youngest GP driver ever…

Verstappen: … In my first year at Toro Rosso, I was fully involved, and also to show Max how to work with the team. Red Bull Senior Adviser Dr. Helmut Marko is like that. When we came to Red Bull, I took a first step back. When Max got older and older, I took a few steps back.

How is your contribution at the moment?

Verstappen: The nice thing is: We still talk to each other every day Max drives. We call each other and talk about how things are going and what’s going on. I also tell him my thoughts on the subject. I just tell him he doesn’t need the answer, but I know he’s thinking about it. This is the only thing I want

Here you can follow the Austrian Grand Prix live on TV or in live broadcasts. You can always get the latest Formula 1 news from us.