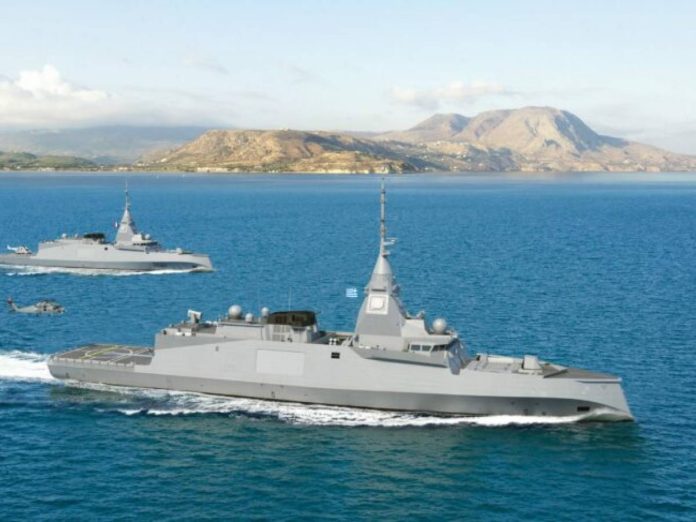 The issue of submarines sold to Australia under the anti-China Aukus Agreement was a risk. With the second sensational robbery in a few months by the United States against France. The script, this time, is European. These are four combat frigates and their equipment. A $6.9 billion deal.

On Friday evening, the US administration gave the green light to the possibility of selling four ships to Athens, in competition with Paris, which concluded in September a preliminary agreement to sell three French frigates to the Greek Navy, after the agreement was signed. By Emmanuel Macron and Greek Prime Minister Kyriakos Mitsotakis.

In accordance with the Franco-Greek agreement – which later emerged as a consolation after the failure of Australian submarines – three Defense and Intervention frigates (which will be christened Belhara) will be built in France by Naval Group, at Lorient, to be delivered to the Greek Navy in 2025 and 2026. The deal also covers a frigate Fourth as an exerciseable option. The French Armed Forces Ministry has specified that the amount of the contract to be signed “by the end of the year” is “in the range of three billion euros.” In addition to ships, it includes the supply of weapons to the missile manufacturer Mbda (Aster anti-aircraft missiles, Exocet anti-ship missiles and torpedoes) and support services for three years.

After Washington’s announcement in Paris, after a series of cold sweat meetings, they raised their antennas and promptly denied it. The Ministry of Defense in Paris stated that the contract “was already signed a few days ago and is not limited to Ole”. In the end, it is Athena that closes the matter. Greece will buy the three frigates for the Navy from France, the Greek Ministry of Defense confirms: «The Greek-French agreement is valid and will be fulfilled. It has been achieved at the highest level. This was announced by the Prime Minister himself.”