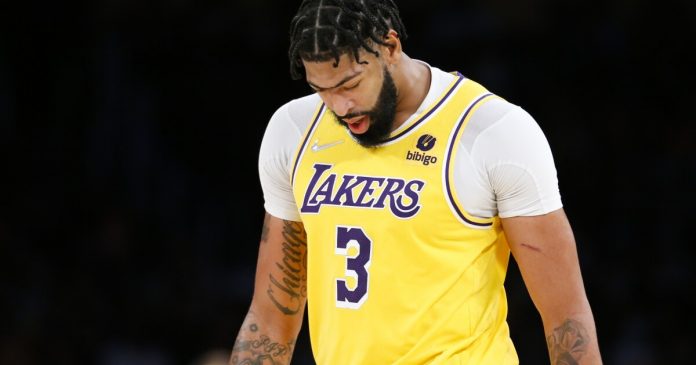 The Lakers’ new era officially began on Tuesday with a 115-105 loss to the Golden State Warriors, followed by a second Friday against the Phoenix Suns. There were only two defeats at the start of a long 82-game season, but the weight of pre-season also seems to linger in the players’ minds as they lost the six games they had played in preparation.

The team asked for time and patience until the new characters learned to work together. However, frustrations were the order of the day at Staples Center when center Dwight Howard and Anthony Davis exchanged more than words and had to be separated on a timeout a few minutes before the end of the second quarter.

According to the TV images, Howard and Davis exchanged words shortly before that until Davis approached his seated partner. When Howard rose from his seat, Davis took his arm, causing the rest of his teammates to step in to stop the conflict.

“We analyzed it there and it stayed,” Howard told the media after the game. “We had some disagreements about some of the things that happened in court. We both have a great passion for winning. We are adults, these things happen. This has already been resolved.”

Davis asserted that he had no grudge with Howard.