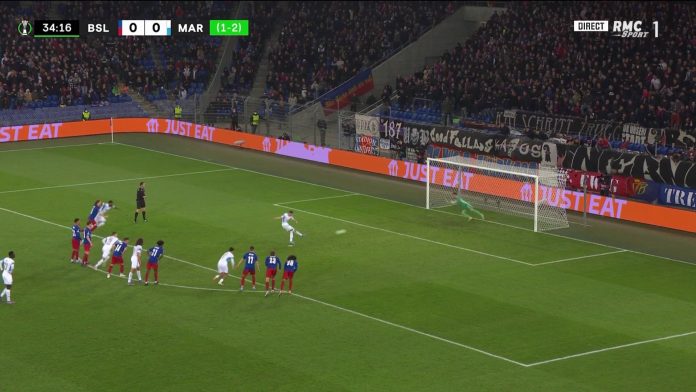 In the absence of suspended Dmitry Boyd, Holder and Amin Harid had the opportunity to open the OM score against FC Basel in the 16th second leg of the Europa Conference League (on RMC Sport) this Thursday. But Morocco missed a penalty opportunity.

Be careful not to overdo it. This Thursday, during the 16th leg of the 16th leg of the Europa Conference League, Basel and OM (in RMC Sport 1) got the chance to score Amin Harid in the 35th minute of the match. The former Nantes player rushed towards the opposing goal in the counter-attack by Cedric side, before that area with a water burger from behind.

Despite fierce opposition from Marseilles, the Dutch midfielder was not excluded from the move. He simply collected a yellow card. Harid then took the sentence and wanted to do himself justice. But he did not cross his shot enough, and Heinz Lindner from the right was able to thwart his attempt. Subsequently, the ball, which had completely missed his attempt, returned to the foot of the puck. George Sampoli’s men, who won 2-1 in the first leg at Velotrom, were apparently disgusted.

A place risk for the quarterfinals in Switzerland. The draw for the quarter-finals and semifinals of the Europa League will be televised live on RMC Sport from 1pm on Friday.