Persia Digest
Home World He booked surgery at the hospital, but found out it was scheduled... 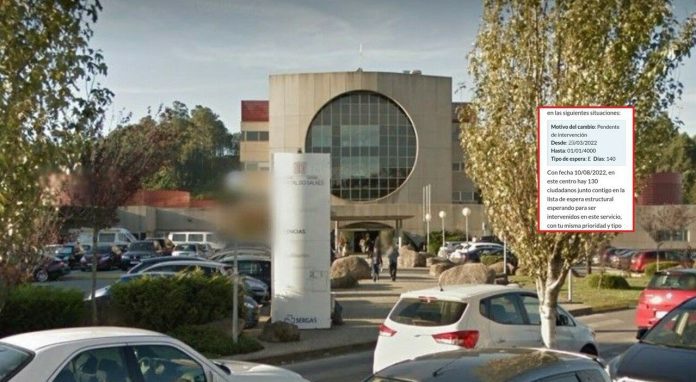 He had to submit toproces in hospital And for that, he began to book her through the regional health service. While it was reasonable to expect a long wait, the result generated by the reservation computer system left the patient feeling annoyed.

Book the operation: «Available from 1 January 4000»

An incredible response was received by a man from A Illa de Arousa (Pontevedra), Spain. The man had entered the waiting list last March, and had waited a few days for an answer. However, over time, no news came from the regional health service of Galicia, and so the patient decided to go to the bottom, download the application for the smartphone and make the exciting discovery. The scheduled date of the operation was actually January 1 of the year 4000.

This is clearly a bug in the provincial health service’s computer system for hospital reservations. The patient had booked the surgery at Salnés Hospital, in Vilagarcía de Arousa. “There is a glitch in the computer system that is causing errors in booking appointments and it has already been resolved,” regional health authorities identified. Also reported by 20minutos.es. Now we are waiting for a new appointment for the surgery, but it will be done at another health center. In addition to, According to the local newspaper, Diario de Arousathe error would not be an isolated case: the same fate befell a woman from Ferrol, who booked an operation and was given the same date by the system.