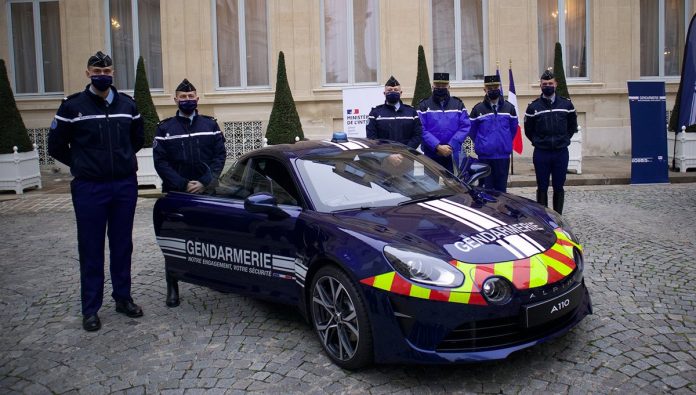 Last October, the Ministry of the Interior announced the start of honoring the order of 26 Alpine A110s for the National Gendarmerie by the manufacturer. The first two cars were delivered on December 17th.

A memorable moment with a tweet on the official police account reminding us that these vehicles are “manufactured and equipped in France”.

Sports cars will be deployed on the ground to equip rapid response units on the roads of France. These stocky two-seater models are powered by a 252-horsepower engine that promises to accelerate from 0 to 10 km/h in just 4.5 seconds. It can reach a top speed of 250 km / h, electronically limited.

#AlertBlue news #Albin A110 from #gendarmerie submitted to Tweet embed.

Slender, light, and benefits from a good weight/strength ratio.

26 vehicles will be delivered to the rapid response teams soon.

The cars will gradually replace the Megane RS Renault in service with the gendarmes since 2011. The arrival of the Alpine A110 into the police force is also a nod to the past. Alpine already equipped the gendarmerie during the years 1960-1970, when the brand stood out in many motor competitions.