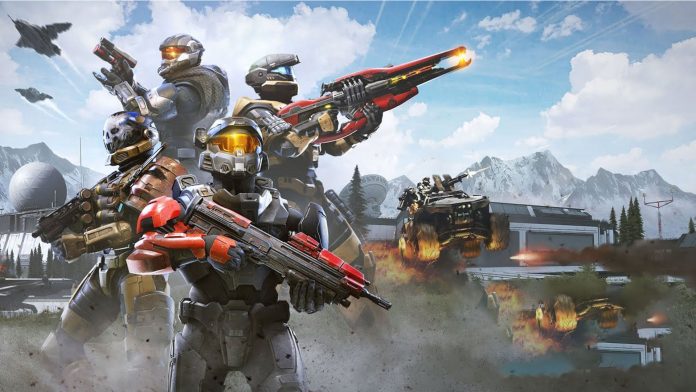 This Wednesday, 343 Industries unveiled Halo Infinite in more detail. During the approximately 90-minute live broadcast, the studio detailed the contents of the upcoming tech preview. An opportunity to learn more about the content but also, of course, to see the gameplay of this new Halo. A multiplayer match game that provides a preview of the game on Xbox One and Xbox Series X!

How to play Halo Infinite on Xbox One

The first preview shared by the developers: Xbox One Edition. Thus, this video allows to get a more accurate opinion about the general presentation of the game on the previous generation. That being said, all are fairly successful!

The game takes place on a new map made for this Halo Infinite called Bazaar. The nervous clashes and see pass several weapons available from the testing phase tomorrow. Obviously we let you watch it all in this video:

The gameplay of Halo Infinite on Xbox Series X.

But the bulk of it was clearly Halo Infinite gameplay on Xbox Series X! The release of the new generation was definitely on time during this 343 Industries livestream.

For just over 7 minutes on Live Fire, we watched a match taped just a week ago on Microsoft’s latest console. Thinner and more detailed than its predecessor, this version of Halo Infinite has something to flatter. Of course, there is still work to be done, but the progress made since July 2020 is clearly visible.

Beyond the graphics, it’s the animation that challenges. The physics of the characters has its effect and seeing the corpses of Spartans fall with all their weight to the ground is fun.

While waiting for the release of Halo Infinite, which is still slated for the end of 2021, some players will be able to discover this tech preview. This will be available from tomorrow through Monday, August 2, at 7 p.m. What gives a good overview of what this multiplayer part of the next opus of the legendary saga has to offer!

How can aliens survive on the energy of a black hole?...