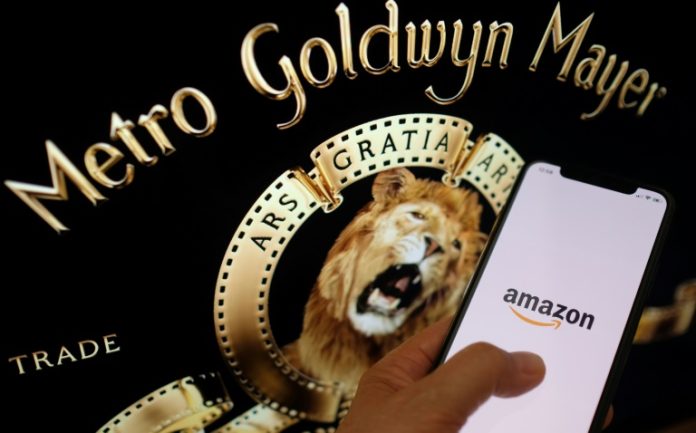 The e-commerce giant announced Thursday that legendary Hollywood studio MGM has officially joined forces with Amazon Studios and the video platform, which has paid $8.45 billion to better arm itself against competition in the entertainment sector.

“With more than 4,000 films, 17,000 television episodes, 180 Academy Awards, and 100 Emmys, the nearly century-old studio will complement Prime Video and Amazon Studios’ work to provide customers with a variety of entertainment options.” Press release.

In May 2021 Amazon announced its acquisition of MGM. Thus the Seattle group retrieved a catalog that included, among other things, “James Bond” and “Rocky”, but also “The Silence of the Lambs” or “Basic Instinct”.

It is the second most expensive acquisition in Amazon history after US supermarket Whole Foods for $13.7 billion in 2017.

Brussels announced on Tuesday that it had authorized the acquisition unconditionally, saying that the process “presents no problem with competition” in Europe.

The deal is however disputed in the United States. Concerned about Amazon’s growing power over the subscription video streaming (SVOD) sector, unions are trying to prevent it, with the support of political figures.

The Strategic Regulatory Center, a union that claims to represent nearly four million employees, has notably called on the US Competition Authority (FTC) to oppose it.

It estimates that Amazon will control about 56,000 titles after this process, far ahead of Netflix, which will have fewer than 20,000 titles.

“The Federal Trade Commission does not comment on specific transactions,” a spokeswoman for the federal agency responded in a statement sent to AFP.

“However, we reiterate that the Commission is not an authority that approves transactions and that it is able to challenge an agreement at any time if it is found to be in violation of the law,” she added.

The FTC has also indicated that it has been sending out warning letters since last summer for mergers or acquisitions that it did not have time to examine within the framework established by law, in order to prevent interested parties that they are still under investigation.

The regulator declined to confirm whether it sent such mail to Amazon and MGM.

Founded in April 1924 by cinema owner Marcus Love, MGM has become one of the most important studios in Hollywood with stars such as Greta Garbo, Joan Crawford, Clark Gable, Katharine Hepburn and Elizabeth Taylor.

It has experienced many financial setbacks since the 1970s, as it went through many hands before declaring bankruptcy in 2010 and then restructuring.

Prime Video is Amazon’s streaming platform, which is a subscription e-commerce service that in particular allows users to deliver for free and at a faster speed.

In April, Prime reported having more than 175 million subscribers.