Persia Digest
Home World Hong Kong agreed to a controversial electoral reform, thanks to which China... 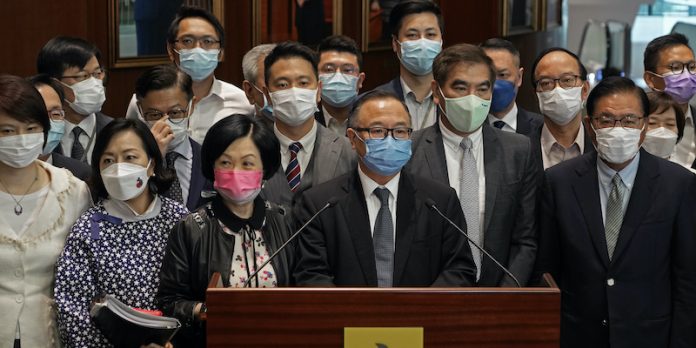 Hong Kong agreed to a controversial electoral reform that would fundamentally change its political system, allowing China to control its elections and parliament. It was the new law It has already been approved At the end of March from China, with a massive majority of the members of the Legislative Council, the one-chamber Hong Kong Parliament, from which they emerged last year. Too many opposition members Because of the suppression of the Chinese government. Therefore, almost all parliamentarians are supportive of China, and they voted for the law.

The new law will reduce the political representation of Hong Kong citizens and give China the right to veto candidates. The number of Legislative Council members will increase from 70 to 90, but only 20 will be chosen directly through elections (so far there have been 35): 40 instead will be chosen by a committee controlled by the Chinese government and the remaining 30 by the “functional colleges” representing industries. And groups of favorable historical significance to the government of China.

Also read: In Hong Kong, all opposition MPs will resign

The commission would have the task of carefully selecting parliamentary candidates and members of the Electoral Commission, a body with the task of electing a Hong Kong governor: even those running for governor would be subject to this oversight. Thus, China will, in essence, be able to select the most suitable candidates for it and exclude political opponents. Incumbent Governor Carrie Lam will have to sign the bill, which has said that a new committee that can veto candidates will not discriminate against people because of their political views, but will only exclude “non-patriotic” people.

Over the past year, China has gradually restricted the freedoms of Hong Kong citizens, especially with the introduction of one Controversial National Security ActThis allowed China to imprison political opponents and suppress demonstrations and movements for democracy.

“North Korea opens the year with a missile launch towards Japan”...