Persia Digest
Home Economy Hotels in Tunisia: exorbitant prices for a service that leaves something to... 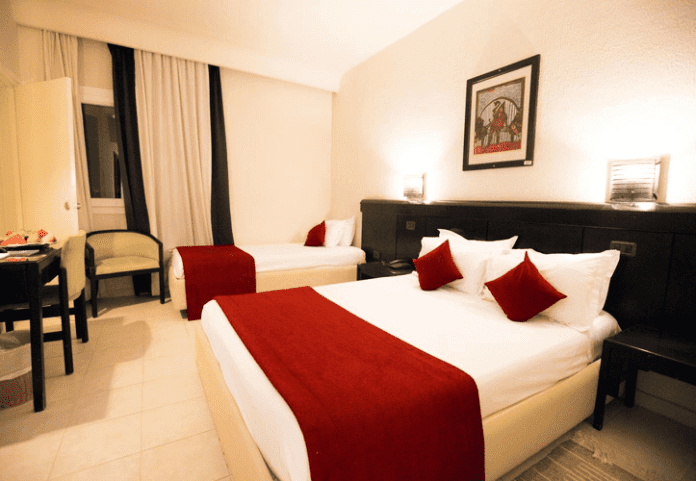 Many citizens complain this year about the high prices of hotels in Tunisia, along with the significant deterioration in the level of services, as the Tunisian family found itself obliged to pay more than 2500 dinars to spend “a few days” in a hotel facility in Tunisia. country.

Some of them went to the cheapest hotels, but to their great surprise they soon got the clear impression that they were not wanted there, although the services leave something to be desired.

On the other hand, others choose to spend their summer vacation abroad, explaining that the cost of a week in a hotel in Tunisia is equivalent to the cost of a trip abroad.

In this context, Lotfi Riahi, president of the Tunisian Association for Consumer Information and Consumption Rationalization, confirmed to the African director that the purchasing power of Tunisia has begun to deteriorate since the lease contract, which is an unprecedented paradox that hotel owners have not been deterred. Join the massive and generic waltz of the labels like never before.

Riahi appealed to the Tunisian authorities to adopt the social tourism model, and to provide public places such as hostels and schools for the benefit of youth and students to enjoy domestic tourism.

He also referred to the fact that the poor class in Tunisia has increased, while the middle class has begun to disappear, to the point that the Tunisian has become unable to pay a night’s fare at the hotel, he said.

Domestic tourism is a strategic choice!!!

But the Director General of the Tunisian National Tourism Office, Nizar Suleiman, stressed that domestic tourism is an essential pillar of the Tunisian economy, and that “today it has the value of a non-cyclical strategic choice, which plays a major role.” His role in advancing and upgrading the sector,” he acknowledged, acknowledging that Tunisians saved the sector on several occasions.

In an earlier statement to the African Manager, he had already mentioned “work in progress” to find a formula that would allow Tunisians to obtain preferential rates commensurate with their purchasing power.

Some professionals in the sector believe that “lowering prices is not the best solution to attract local tourists, and it will not help competition between hotels,” stressing that the most appropriate solution for certain categories is to provide them with the possibility of paying for their stay. At the hotel as per the facility.

50% of hotels have not opened their doors

In another context, the head of the Tunisian Professional Federation of Tourism, Hossam Ben Azzouz, indicated that about 50% of hotels in Tunisia have not yet been able to revive their activity, and reopen their doors to their customers. The dawn of the tourist season.

He stressed, however, that the rate of reservations during the period between June and September 2022 recorded an increase of 60%, which indicates a gradual recovery of the sector, noting in this regard that the continued closure of the Algerian border with Tunisia had a negative impact. Its impact on tourism, knowing that our country receives annually between 5 and 6 million Algerian tourists.

According to the latest official indicators issued by the Central Bank of Tunisia, the value of tourism revenues increased by 51% as of June 10, 2022, to reach the level of 1.1 billion dinars.

More than one million foreign tourists flocked to Tunisia since the beginning of this year until the end of last April.

The sector contributes about 14% of the GDP, provides about 400,000 jobs and employs about 12% of the workforce.

Manufacturers unveil their novelties at the Munich Motor Show