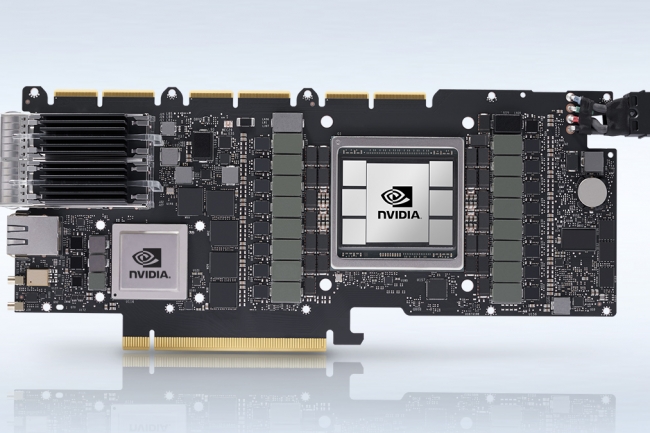 Equipment maker Pluribus Networks is extending its fabric switching software to server-based data processing units (DPUs), i.e. smartNICs, that can ease the workload on server CPUs. Pluribus has ported Unified Cloud Fabric (formerly Adaptive Cloud Fabric) software to Nvidia’s BlueField-2 DPU, to offload traditional servers from software-defined storage, networking, security, and management burdens. Other vendors such as AWS, VMware, Pensando, Aruba, and Intel are also developing smartNIC architectures, and chances are that Pluribus may support them, at least for some of them, in the future.

Unified Cloud Fabric is built on a Virtual Network Operating System (NOS) based on Pluribus’ Netvisor One, which provides Layer 2 and 3 network layers and distributed fabric intelligence. The NOS turns the switch into a virtual machine and works without a controller. “The software can be deployed in a single data center or targeted to racks, racks, server farms, or hyperconverged infrastructures,” the vendor said. “We now have a common operating system across open switches and DPUs, allowing us to standardize networks that include both servers with DPUs and servers and other devices without DPUs,” said Jay Gill, Senior Director of Products and Solutions at Pluribus. “The goal is to provide a migration path for customers to access a targeted architecture based on distributed networks and security in DPUs, including servers and devices that will never have DPUs, including specialized devices and IoT devices,” Gill said. “This architecture also allows for fabric to be extended to remote edge regions using a single DPU-equipped server, reducing costs and space requirements and eliminating the need to run a separate network device,” the COO added. Products and solutions at Pluribus.

While the idea of ​​deploying smartNICs in the enterprise is very new, the idea of ​​offloading server CPU tasks to a separate machine to free up server processing cycles can reduce networking costs, improve performance, and enhance security. Pluribus also implements distributed security — “a must-do, if you want to achieve zero-trust in the data center,” according to Gill. Pluribus distributes security, including hashing and stateful firewalls, at the server level. It also includes application visibility and analysis of all traffic flows, improving troubleshooting while avoiding the cost of maintaining separate monitoring networks with incomplete coverage. Mr. Gill explained.

“While Pluribus’ primary focus is on providing distributed security protection, the vendor has included Kubernetes Network Offloading implementation in its roadmap,” Gill said. “Kubernetes has its own approach to networking, and if you want to have an instance of a Container Network Interface (CNI), you can run it in a program on your server as part of Kubernetes network management or you can run it in a GPU,” Gill explained. Server to GPU a bit more. “This is what we are going to do to make communication as easy as possible on the CPU itself.” What Pluribus is trying to do should be of interest to some organizations and 2-Tier CSP cloud service providers, particularly the ability It improves security through micro-segmentation and the use of a distributed firewall directly at the server level. Brad Casymore, Vice President of IDC Research, Data Center Networks. “But we are still in the early stages, and it will take time for smartNICs/DPUs to be widely integrated into computing.”

The company will implant chips in people’s hands to pay