Persia Digest
Home Economy Electricity companies get more than half of the government tax on their... 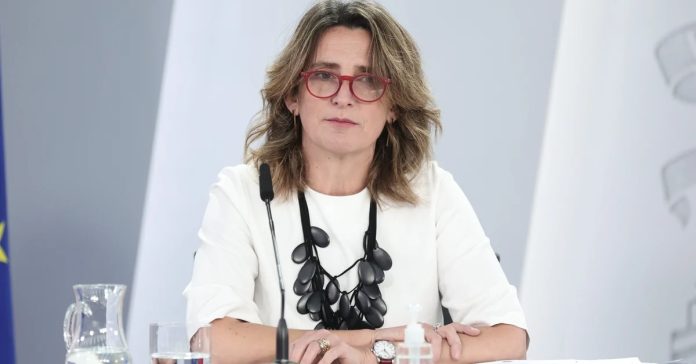 12-21-2021 Vice President and Minister of Environmental Transformation and Demographic Challenge, Teresa Ribera, on tour after the Cabinet meeting, at Moncloa Palace, on December 21, 2021, in Madrid, (Spain). During their appearance, they reported on the agreements that had been ratified in the Council of Ministers. One of the novelties is the approval of an exceptional public job offer for 926 new jobs for the State Public Employment Service. Europe Economic Press / E. Vine. POOL – European press

Electricity companies take more than half of the tax cuts agreed by the government to cut the electricity bill, estimated in its latest extension at around 2,000 million euros by the executive branch.

Specifically, cuts from 21% to 10% of the value-added tax and the special electricity tax were extended from 5.11% to 0.5%, the legal minimum, for the first four months of the year, and the suspension continued until March 31 from the 7% generation tax paid by companies .

Of all this amount to be stopped, €1,050 million will be stopped due to the suspension of another three months of the tax on the value of energy production, the 7% tax that companies were paying until its suspension. electricity

This is recognized by the government in the Economic Impact Report accompanying the decree-law extending tax cuts on electricity, but also in masks, considering measures to enhance electric vehicle recharge points, self-consumption and advocating for electric vehicle vacancies. State Public Employment Service (SEPE).

In this document, accessed by Europa Press, the government sets at €1967 million the cost of public coffers to extend the scope of tax cuts approved to contain the increase in the delivery cost, according to estimates by the State Tax Administration Agency (AEAT).

A breakdown of these discounts reveals that the extension of the value-added tax fell to 10% during the first four months of the year for practically all domestic consumers amounting to 459 million euros, according to a calculation made assuming prices similar to those observed during their application.

Similar effect to the application of another four months of the minimum rate of 0.5% of the special tax on electricity, about 467 million euros compared to what would be paid in the event of a tax of 5.11%.

The tax on the value of electric energy is estimated from external sources where there is no direct information on the tax base and brings the tax cut to €1,050 million, more than double the other cuts for a month less, as this forecast covers only the first three months of the year, not four .