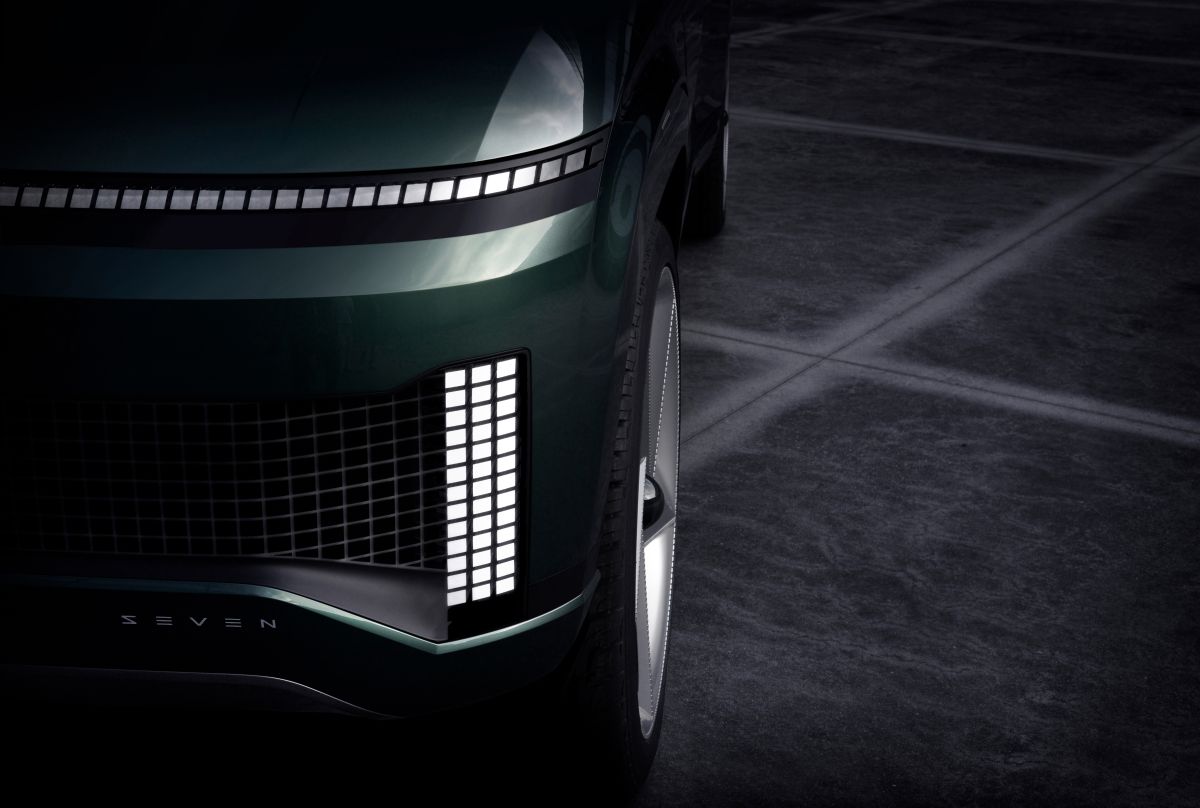 This time the South Korean automaker, Hyundai has released a small preview of the SEVEN, a new all-electric SUV concept, new design and innovations in technology features.

SEVEN is coming to the IONIQ family, the company’s dedicated battery electric vehicle (BEV) brand. In addition, Hyundai Motor has revealed some images in which you can see that the new SUV is elegant and spacious.

Hyundai Motor will debut SEVEN during the AutoMobility LA press conference on November 17th at 9:55AM PT. The new SUV will remain on display from November 19-28 for the general public to see.

In a statement, the manufacturer stated, “The satirical images reveal a form that follows function design that dares to depart from the traditions of the age of internal combustion engines. SEVEN’s lighting architecture is defined by Parametric Pixels, IONIQ’s unique design identity that connects analog and digital sentiments.”

Inside the SUV, you can enjoy the premium lounge atmosphere and space of spatial innovation demonstrated by Hyundai Motor with IONIQ 5. According to the manufacturer, the furniture is lined with sustainable materials that provide a high-end and ecological commuting experience.

In the US, Hyundai’s family of electric vehicles includes the recently launched IONIQ 5. The base model of the crossover features a 72.6 kWh battery that allows it to travel up to 300 miles on a single charge.

Finnish EPR in Olkiluoto started after 12 years of delay!