Persia Digest
Home Tech In China, he discovered a dinosaur embryo that was about to hatch... 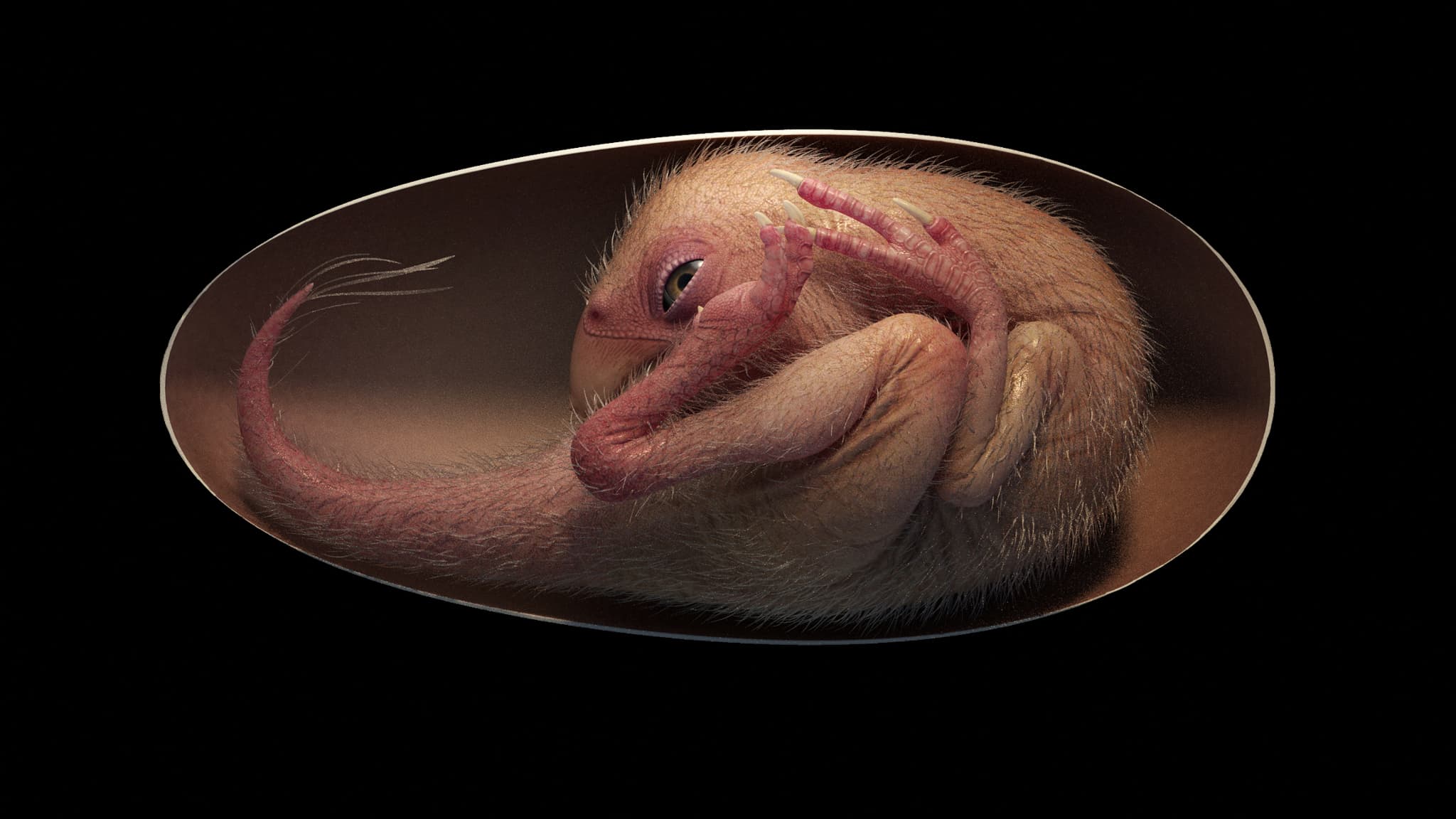 Such an attitude has not been observed before in dinosaurs and suggests that such behavior in modern birds has its origins in their dinosaur ancestors.

Scientists announced Tuesday that they have discovered a beautifully preserved dinosaur embryo, dating back at least 66 million years, preparing to emerge from its egg like a bird. Oviraptorosaurus fossil discovered in Ganzhou, China, by researchers “Baby Yingliang”.

“This is one of the best dinosaur embryos ever found,” said Fion Weissum Ma of the University of Birmingham and co-author of the study published in the scientific journal. iScience.

An as yet unknown place among the dinosaurs

“Baby Yingliang” was found with her back bent, her feet on either side of her head, and her stomach folded. A position not previously seen in dinosaurs, but well known in birds.

When the chicks are preparing to hatch, they clamp their heads under a wing, while piercing their shells with their beaks. Embryos that fail to position themselves have a higher chance of dying from a failed hatch.

“This suggests that such behavior in modern birds has its origins in their dinosaur ancestors,” says Fion Waisum Ma.

An alternative could be similar to that of crocodiles, which are seated with only their heads tilted on their stomachs.

Between 72 and 66 million years ago

Oviraptorosaurs, whose name means “egg-stealing lizard,” were feathered dinosaurs that lived in Asia and North America during the late Cretaceous period.

They can have different shapes and diets, and their sizes range from monkeys to giant giants, reaching eight meters in length. Baby Yingliang measures 27cm from head to tail and rests in a 17cm egg at the Yingliang Stone Museum of Natural History.

Scientists say it is between 72 and 66 million years old, and may have been well preserved thanks to the mud slide that buried it and protected it from scavengers. It would have reached two or three meters in length if it reached adulthood, and it would have fed on plants.

This specimen was one of a set of many egg fossils, left and forgotten for years. Researchers suspected it might contain dinosaurs and scratched off part of the shell to find Baby Yingliang.

“The dinosaur embryo in its egg is among the most beautiful I have ever seen,” Professor Steve Brusatte of the University of Edinburgh and a member of the research team said in a statement.

He added that the specimen “just looks like a small bird wrapped in its egg, which is further evidence that many characteristics of today’s birds derive from their dinosaur ancestors.”

The researchers hope to be able to study the fetus in more detail using imaging techniques, in order to reveal its entire skeleton.

What is vacation mode and how can you activate it?