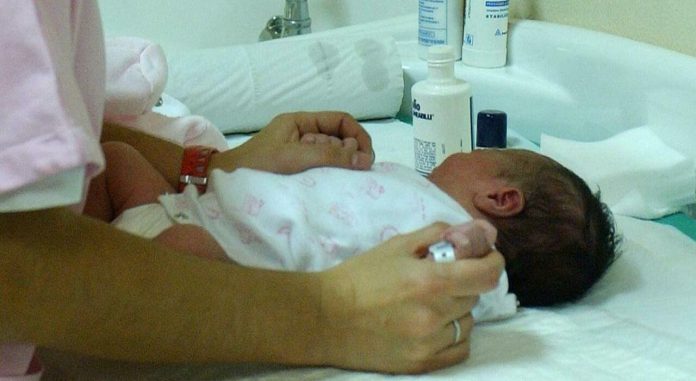 Doctors said a baby girl in India was born with eight fetuses in her womb. The little girl was born on October 10 in a private hospital in Ramgarh district of Jharkhand state, India. However, as soon as they got home, the parents realized that the baby had an abnormal swelling of the stomach, so they decided to take her back to the hospital. My mom and dad worried that the little girl might have a tumor.


Heart transplant for a woman, after 33 years, the surgeon also saves her daughter from the same heart disease

He was born with eight fetuses in his stomach, this discovery

Doctors took the girl to the Rani Children’s Hospital and Research Center in Ranchi, after a CT scan confirmed the suspected tumour.

But this was not the case, in fact the baby had a Fetus in a Fetus (FIF). It is a rare condition in which one or more deformed vertebrate embryos are enclosed in a sibling’s body. Up to eight underdeveloped fetuses were found in the girl’s stomach. It is believed to be the highest number found in newborns.

A baby girl was born in India with eight fetuses inside https://t.co/IF4GqeM2bI

Dr. Muhammad Omran confirmed that the operation was completed successfully in about an hour and a half. The girl is currently recovering and is said to be doing well.

Such conditions are extremely rare and occur in less than one in every million births. Only 200 cases of the extremely rare defect have been recorded, according to the Daily Mail. According to the local media, the previous cases witnessed the removal of only two or three fetuses from the newborn, and eight fetuses were not removed. The fetus in fetus This is caused by incomplete separation of the twins, which fail to develop and instead become an internal part of the healthy twin.