Persia Digest
Home World Italy and 16 other countries are under EU watch for imbalances –... 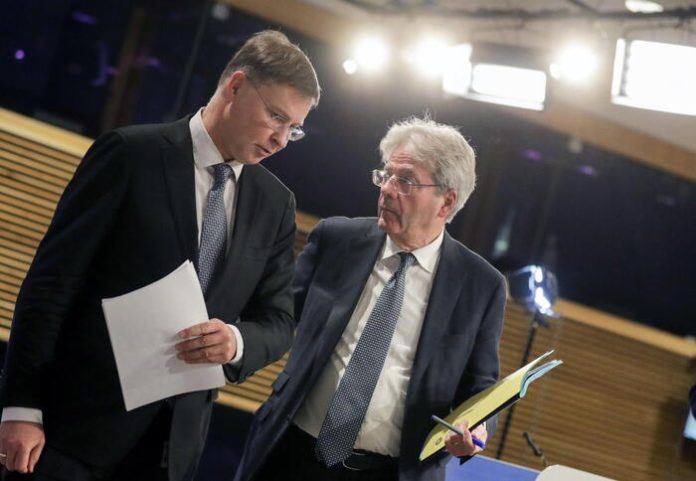 Photo
Dombrovskis and Gentiloni in this archive photo © ANSA / EPA

In the medium term, Italy could face eight other member states.High risk to financial sustainabilityThis has been stated before The European Union Commission’s Alert Mechanism report. “Countries with higher debt rates are particularly vulnerable to changes in financing conditions. Under the scenario of a 1 percentage point increase in growth and interest differentials, debt will increase by more than 10 percentage points of GDP by 2023 in Italy, Greece, Spain and Portugal.”

Italy is among the ten returning countries Under scrutiny by the EU Commission for excessive macroeconomic imbalances. Based on the outcome of the analysis carried out by the European Executive in the Alert Mechanism report, it must undergo in-depth reviews to assess the evolution of the situation. In all, there are 17 Member States that will be subject to in-depth reviews.

In Italy they stayed Concerns about a high public debt/GDP ratio remain unchanged.Reports of the European Union Commission. Debt “remains high” and although it will drop to 150.3% of GDP in 2021 “should remain well above its level in 2019”. The deficit, which fell to 7.2% in 2012, is expected to continue narrowing. But yield spreads have deviated “significantly” from the eurozone average by increasing financing costs: “The risks to fiscal sustainability are high in the medium term,” the committee points out.

“We did not adopt an opinion on the draft Italian budget plan because it was submitted by the outgoing government with unchanged policies. We expect to receive the full plan from the new government soon and we will give our opinion in the coming weeks,” said Deputy Commissioner Valdis Dombrovskis, vice president of the Commission, presenting the autumn package that opens the European semester. .

See also  Help is needed to count walruses from above

“The bulk of the energy subsidies announced so far have once again failed to reach the most vulnerable. With energy prices still rising next year and extensions possible, there is an urgent need to adapt their design to avoid an unnecessarily heavy burden on public finances and to preserve Incentives to reduce fossil fuel consumption”, says EU Commissioner for Economics Paolo Gentiloni who presents the autumn package that opens the European semester.

Modi, the joy of writing Durga Puja Calcutta in the UNESCO...

Rai license fees: What will change from 2023?