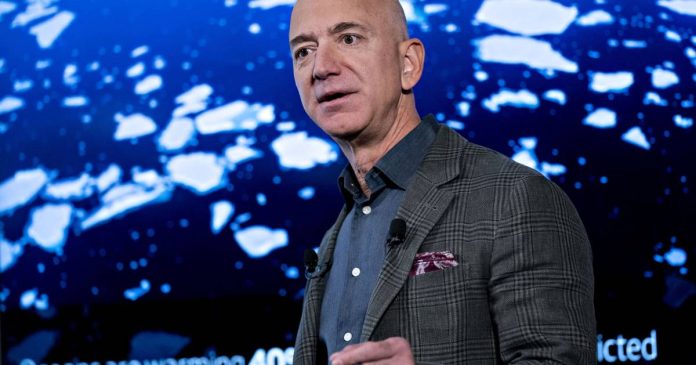 Jeff Bezos He saw $13 billion of his fortune “fade away” after Amazon’s quarterly results disappointed investors.

Shares of the e-commerce company fell more than 8 percent in early trading in New York on Friday as it posted a quarterly loss and the slowest sales growth since 2001.

If the loss continuesBezos’ net worth will drop to about $155 billion, according to the Bloomberg Billionaires Index. At its peak in 2021, Bezos’ ownership was valued at more than $210 billion.

Bezos, the richest person in the world After Elon MuskIt was already the fourth largest fortune loser among the billionaire group, down $23 billion as of Thursday, according to the Billionaires Index. Bloomberg.

Amazon deals with high labor costs After a prolonged period of hiring during the pandemic and high inflation that could dampen sales. The company reported a net loss of $3.8 billion in the quarter ended March 31, compared to a profit of $8.1 billion in the same period last year.