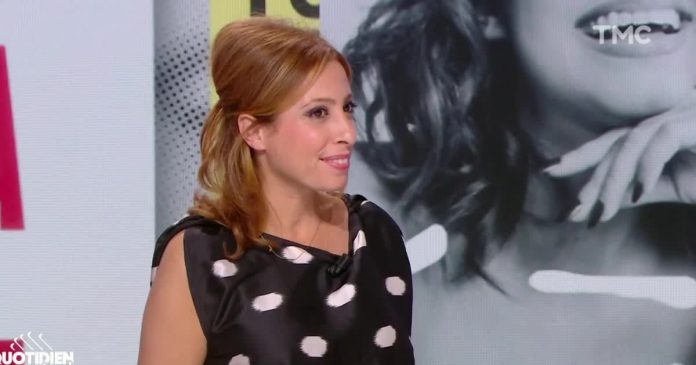 At the final show of the fifth season of Quotidien, Friday 25 June 2021, Yann Barthès brought together “Women who have hardcover with their books“This year, specifically Léna Situations and Léa Salamé. Before returning to her book” Powerful women “which was published on September 9, 2020, the girl who was seen with her step-son at Roland Garros began her notes by telling the story of her father, who accepted the show liked him, and indeed told him The latter that he bought his book so that his daughter would be more confident, a story that did not escape the audience. The ears of the host, who quickly replied: “We imagine that you still believe in yourselfA preconceived notion that the journalist quickly silenced her…

“I’ve always been told, yeah ‘I seem to trust myself’ but no, I was a very suspicious kidfirst explained. To continue her childhood:I arrived in France when I was five or six years old, I had the impression that I had to prove more“The lack of confidence is explained by her origins, which were also evident when she began her career as a journalist.”When I first started journalism, I wasn’t sure I was talking about a job joke. (…]When I started in the news channels, (…) there were a lot of male faces and for women, there wasn’t much diversity 15 years ago.‘, she added.

But to counter her doubts, the journalist also recalled her determination to succeed. “It was something inside of me that I wanted to prove. I swore to myself. I remember when I was 12, I told myself I would do it someday‘, she added.Anger“Which she had in her heart which has helped her a lot over the years. Despite sharing the fact that she doesn’t trust herself even today, the journalist described her remarks by specifying that she still had more confidence than before.”Today of course, I have more confidence in myself than 15 or 20 years ago, but it’s not at all innate or given.She concluded, not forgetting to mention how long it was.

See also  Virgil Abloh, the Olsen sisters and Rihanna's baby... What Paris Fashion Week has in store for us

Papa Rolfe and Philius Penn: The Baker family shoots “In All...