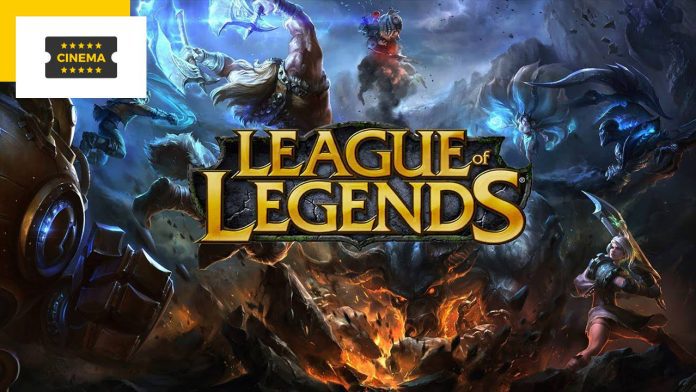 On July 21, France’s top ten teams will compete in Seine Musicale in the tournament organized by the French League of Legends. If you don’t get your tickets, you can try the event…at the cinema!

League of Legends fans, Thursday July 21st will be your day! Thanks to LFL Day, which will see France’s top ten teams compete, live, during the tournament in Physics at Seine Musicale. If you only find out the information now, it means that it is already too late to take places, those left in less time than it takes.

But you’ll have a second chance, as the five parts of the event will be broadcast live in the following 30 cinemas:

If your favorite room is on this list, you can now reserve your place by clicking this link. The test will allow the most knowledgeable people to leave with gifts.

“At CGR Cinémas, we strive to provide our viewers with unique experiences in our cinemas.”answers David Skantamporlo, Group Marketing Director, when we asked him what prompted them to host this event. “In the current context, we must redouble our efforts and redouble the projects that can attract younger audiences.”

On the distributor side, the idea is to be part of the continuity: “CGR Events has been distributing alternative and anime content for several years (Demon Slayer, Jujutsu Kaisen, My Hero Academia, etc.), it was logical to reassert its position in esports, which today brings more and more French people.”

E-sports is a complementary show for our viewers who are keen to experience emotions and create memories thanks to the big screen.

An announcement that comes just days after the words of Emmanuel Macron. On the occasion of a reception in honor of French e-sports, the President of the Republic mentioned this way to reinvent cinemas. “CGR Events has positioned itself in the gaming sector by broadcasting major tournaments for many years.”says the distributor.

“We are pleased that Emmanuel Macron shares our vision for e-sports and its collaboration with cinemas. e-Sports is a complementary offer for our viewers, eager to experience emotions and create memories thanks to the big screen. The movie theater is and remains an essential place for social contact.”

The convergence of CGR Events and the LFL (French League of Legends) which will also take place through a joint platform at the Japan Expo, July 14-17, in order to support the distributor’s position in this sector of activity.

What is LEAGUE OF LEGENDS?

Initially inspired by Wacraft III mod, League of Legends (or LoL) was released in 2009. It is an online battle arena type video game. The main mode of the game sees two teams of five players compete in real time, in matches lasting about half an hour, with each team occupying and defending their own base on the map. Each of the ten players controls a separate character called “a hero”Of the more than one hundred and fifty presented to him.

See also  They find sugar in the sea

Each hero has a basic attack and five skills, which can have very different effects and be unique to each one. Before the match, the player – in addition to his hero – chooses two summoner spells, which can be compared with especially powerful skills, as well as runes, a certain system of special effects and abilities. Summoner spells and runes do not depend on the hero used.

Finally, note that each League of Legends game is distinct, and the resources accumulated during a match are not redeemed during subsequent encounters. The game’s success has spawned other titles besides the hit animated series Arcane, which went live on Netflix in late 2021. So much so that a second season is in production.