Persia Digest
Home World Lebanon, in Beirut, a minute of silence in memory of the bombing... 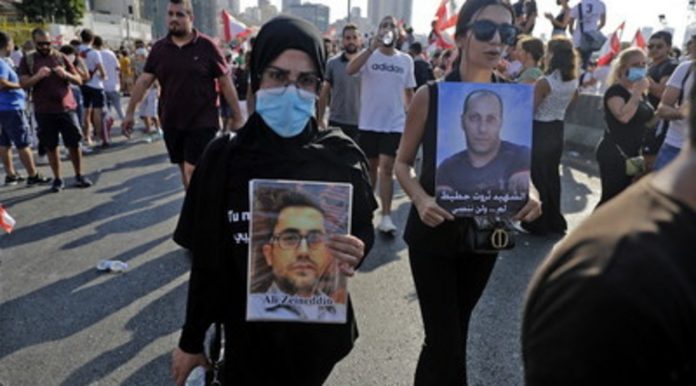 Demonstrators are trying to storm the parliament area – Most of the wounded are among the demonstrators, but some officers are also involved. The police denied reports that rubber bullets were used at demonstrators who tried to breach the metal barriers that were erected more than a year ago near Nejm Square in Beirut to protect the Lebanese Parliament.

annual – During the memorial ceremonies, church bells rang repeatedly while mosque muezzins recite verses from the Qur’an. It also organized a demonstration with moments of tension between the wires and opponents of the government.

The crowds who participated gathered along the highway corridors extending along the port of Beirut, with processions from different cities of the country and from various neighborhoods of the capital. Relatives of the victims, civil society activists, followers of political platforms critical of the political system accused of corruption and mismanagement, members of organizations and professional groups such as doctors, lawyers, and teachers arrived.

See also  This beautiful lucky plant not only attracts money but is useful in the kitchen, smells home and blooms all year round