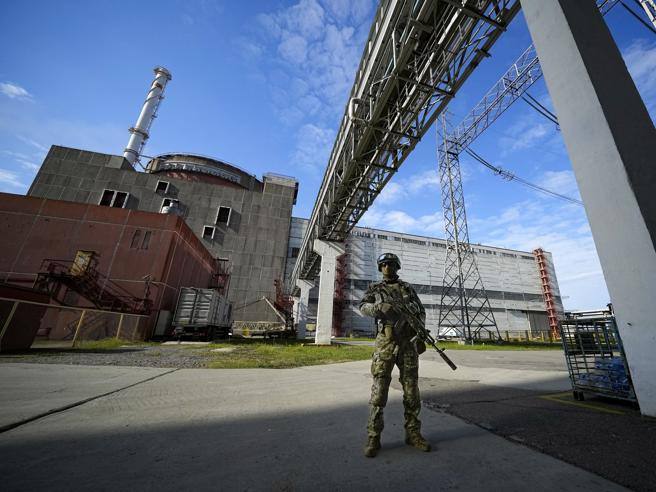 Inactive for hours, the last two reactors are still running. Official motive: “Clash and fires in the area.” There were no reports of radioactive material leakage

Odessa – nuclear power station Zaporizhia It is increasingly becoming at the center of international concerns. Yesterday, for the first time since the beginning of the Russian invasion of Ukraine six months ago, the authorities, by order of Moscow, temporarily stopped the electricity supply from the last two reactors still in operation, among the six that make up the entire plant. . Some of the fires caused by the bombing near the thermal stations had caused the lines to overheat, which prompted Russian technicians to do Disconnect the entire Ukrainian network: This has never happened since the construction of the Soviet-era power plant in the early 1980s. And about four million Ukrainian homes, mostly located in the southern lands occupied by Russian soldiers, remained in the dark. Meanwhile, Moscow and Kiev continue to blame each other for bullets that fall dangerously close to the reactors, causing damage to infrastructure and risking a catastrophe that, according to leading experts, could be even more dramatic than that of Chernobyl. in 1986.

In order not to trigger an alarm beyond what is necessary, it must be emphasized that no leak of radioactive material was reported last night. The report of both the experts of the International Atomic Energy Agency (Aiea) and of the Ukrainian Enorgatom Agency “The situation is still under control.” emergency generators They guarantee on-site electricity that allows reactors to be cooled independently. A similar situation occurred already in the first half of March, when the advance of the Russians from Crimea alarmed European governments about the intensity of the clashes around the plant. Since then, several thousand Ukrainian technicians have continued to work at the reactors under the supervision of Russian troops.

See also  "They go away." The general reveals the Taliban's welcome

But the battle broke out again in the region after the Ukrainian high command about a month ago tried to re-launch a large-scale offensive aimed at retaking the regions north of the Crimea, from the Kherson region to the Melitopol province to the center of Zaporozhye. What added to the tension was the Russian referendum project in the occupied territories to legitimize the annexation.
Yesterday, Ukrainian party resistance groups launched a new attack on an electoral office in Melitopol. But the Russians concentrated the men and means to defend their positions, making any progress problematic. Therefore, continuing uncertain fighting today increases the risk of a nuclear catastrophe. The international community calls for calm. The request to “internationalize” the region comes from the United Nations Or at least “disarmed”. The United States supports the Ukrainian demand to regain full control and strongly condemns any possibility that Moscow will connect the station to the Russian network. Yesterday, Zelensky repeated himself to Luigi Di Maio on an official visit to Kyiv.

The delegation that did not arrive

But Moscow strongly opposes any withdrawal or transfer of sovereignty and accuses Kyiv of firing indiscriminately at the station. The only way to understand more, and bypass the parties’ propaganda, is to send an Aiea delegation directly to the venue. It’s been talked about for some time now. A few days ago, Putin told French President Macron that he was ready to drop the requirement that the delegation come from Russia and instead accept that it could pass through the sector controlled by the Ukrainian army.
Negotiations continue. “We are very close to a solution,” International Atomic Energy Agency chief Rafael Grossi said yesterday. The green light is still missing.

‘Green Corridor is not required’, a severe blow to the Slovenian...