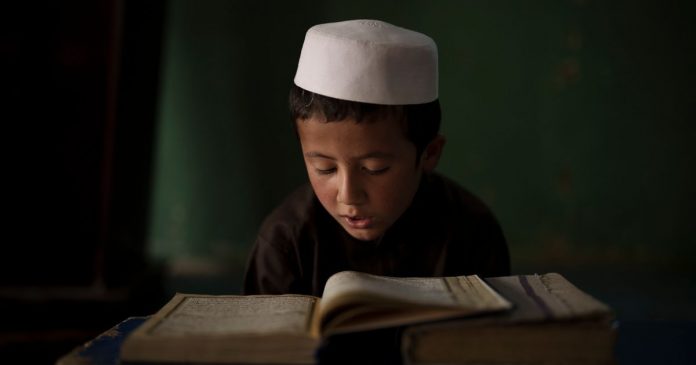 At Khatam al-Anbiya School, in a remote corner of Kabul, the alarm goes off at 4.30am. Children and young people start their day with prayer; They spend time in class memorizing the Qur’an, reciting the verses so that the words are rooted in the head. Madrassas – Islamic religious schools of primary and higher education, in which only boys are enrolled – are an important part of Afghan society, the poorest and most conservative. The Associated Press documented life in one of these schools with a photo report, from morning prayer until evening prayer.

Most of the students come from poor families. For them, religious schools are an important institution. Sometimes this is the only way for their children to receive an education, and it is also the only guarantee that children will be protected, fed and clothed. At night they lie on thin mattresses, preferring the floor to rickety bunk beds, until sleep comes.

Like most institutions in Afghanistan, madrassas are now facing the country’s economic collapse, which has accelerated since the Taliban took control. The Taliban – which literally means “students of the Qur’an” – originally emerged in the 1990s in part among hard-line madrassa students in neighboring Pakistan. Over the past two decades, madrassas in Afghanistan have shied away from hard-line ideologies, under the eyes of the US-backed government fighting the Taliban. Now that that government is gone, the uncertainty applies to them as well.

Get the best blogs and stories to your email address every day. The newsletter offers personalized content and ads.
to know more

Sweden is divided into Tusse, the African refugee who won the...