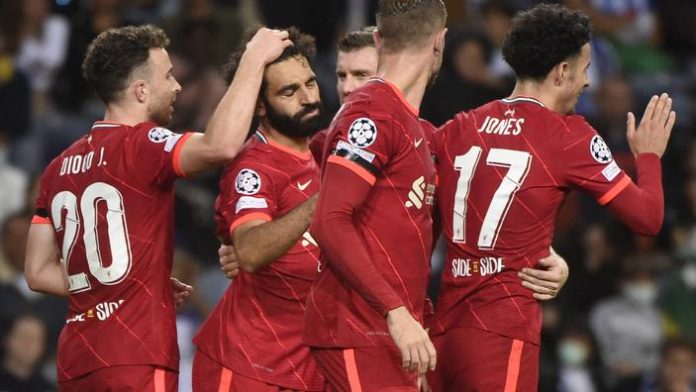 The Centurions did the short work of the Portuguese with goals from Salah, Firmino and Mane (5-1).

Liverpool, the current Premier League leader, will not have to force his ability to humiliate FC Porto at Dragon Stadium on Tuesday, the second day of Group B of the Champions League. In the first period, Mohamed Salah (18th) and then Sadio Mane (45th) put the “Reds” on the path to quiet victory. Like Firmino (77th, 81st), Salah doubled over after returning from the locker room (60th). Meanwhile, Mehdi Daremi dropped the score (74th).

Based on this victory, Liverpool retained their place as Group B leader with six points, two lengths from Atletico Madrid (2nd) who won on AC Milan’s (2-1) turf. First blocked by Porto in midfield in the first quarter, the Jurgen Klopp men freed themselves with the opener.

Following the attack of Curtis Jones, who was hard to beat by “Dragons” Diego Costa’s goalkeeper, Mohamed Salah used Zaidu’s lack of control to push the ball into the net (18th, 1-0). Since then, Liverpool appeared to be very successful, forcing FC Porto to roll in their half.

Satio Mane took advantage of the Portuguese goalkeeper’s poor exit at the James Milner Cross to break the deadlock (45th, 2-0). In the second half, the “Reds” continued to dominate. It is logical that Salah made a correction to the English victory by withdrawing with his left foot and leaving Curtis Jones’ pass unmarked after the counter-attack (60th, 3-0).

Nonetheless, Liverpool conceded a goal on Porto’s only real chance, with Mehdi Doremi (74th, 3-1) taking a good header from the center of Fabio Vieira to save the momentum. But the winners of the 2018/2019 edition of the Champions League recovered quickly, with Roberto Firmino slipping the ball into the cages abandoned by Diego Costa after a devastating journey from his goals (77th, 4-1).

Entering the 66th minute, the Brazilians took advantage of a blocked ball in the Portuguese area, knocking down Diego Costa (83, 5-1) to end the Reds’ tour of northern Portugal.

Microsoft to invest $ 1.1 billion in Mexico for shark education,...