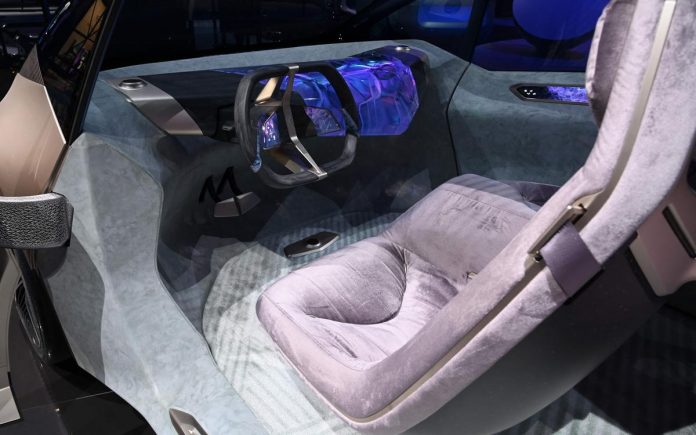 From September 6 to 12, the largest car brands present futuristic models at the Mobility Fair in Munich. Here is a choice

This is the first time that Munich will host a motor show that this year focuses on soft movement and outdoor recreation, Covid commits. The biggest brands reveal the models of tomorrow.

The only French brand in Munich, Renault unveils Megane E-Tech. The electric Megane is scheduled to be pre-booked in March 2022. Renault has taken care of its internal presentation with a technical environment designed in partnership with Google. It will be manufactured in France and will have a choice of two batteries, 40 and 60 kWh with a range of 300 km for the first and 450 km for the second.

Also a little surprise, in Munich, the French manufacturer is presenting an electric version of its legendary Renault 5. With a prototype, Renault will launch the model in 2023. Modern, the electric R5 again takes on some of the 70s model icons.

Dacia, a subsidiary of Renault, is also present at the Munich Motor Show and presents the Jogger (up to 7 seats). I brought in an SUV to replace the other Logan and Lodgy. It will be the brand’s first model to incorporate hybrid technology with a version launched in 2023.

The Germans play at home

It’s hard not to be in Munich for BMW, Mercedes, Volkswagen, Audi or even Porsche unveiling all their electric and futuristic models.

The Bavarian brand unveils four models of electric and hydrogen cars. In addition to the i4 and iX, BMW’s 100% electric SUV, which respectively offer ranges of about 500 km and more than 600 km for the iX, BMW is also showing a hydrogen-powered X5. Another novelty is the i Vision Circular concept. The fan brand wants to give itself a more “eco-friendly” image and unveils in Munich a car made entirely of recycled and 100% recyclable materials.

Mercedes is rethinking its classes

Mercedes is the brand that planned to unveil most models at the Munich Motor Show and more specifically its EQE sedan and a 100% electric version of the legendary G-Class, the EQG. The EQE displays a silhouette very close to the EQS (already available), as for the EQG it will come out in two versions, at the moment under consideration, the EQG 560 and the EQG 580, which in no way will change the C-Class.

Electric, digital, beautiful – and with all the bells and whistles.

Volkswagen has chosen Munich to unveil its futuristic urban car scheduled for 2025, ID.Life. A small crossover of the Volkswagen family of electric cars, ID.Life should eventually replace the e-up and is already being offered as a competitively priced model. Count between 20,000 and 25,000 euros for a range of about 400 kilometres. With ID.Life, Volkswagen targets young drivers with simple design and advanced technology. Volkswagen also offers the ID.5 Coupe version of the ID.4.

There are other car manufacturers in Munich with more and more new electric cars, hybrids, etc. Note that Toyota, Opel, Peugeot and Citroën are the biggest absentees.

The modernization of small and medium-sized companies increases their productivity |...