Persia Digest
Home World Moscow is closer to default. “No to bonds paid in rubles”,... 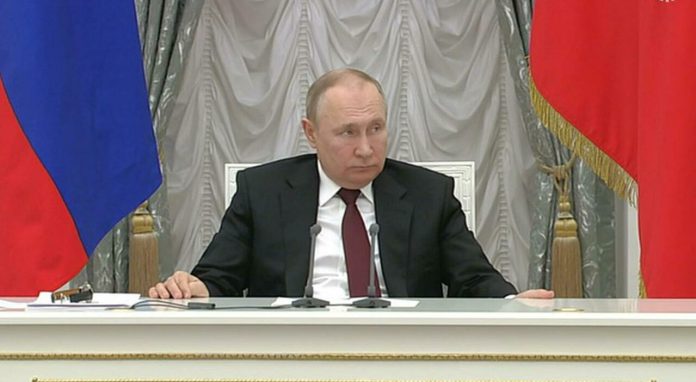 “We want to create a financial shock for fliesA new outburst by the West, which joins the sanctions against Russia and increases pressure on banks while the possibility of default in the country takes hold after Moscow announced yesterday its intention to pay expired coupons in rubles instead of dollars. Currency exchange rejected by international banks On the eve of today’s G7 foreign ministers meeting BrusselsThe United States of America Declared – in agreement with the European Union, the United Kingdom, Japan and Canada – the moratorium on new investments in Russia, blacklisting and freezing the assets of the main bank of the union, Sberbank, and the largest private credit institution, Alpha Bank. “We want to get Russia to pay for its shares, which increases its economic isolation,” US President Joe Biden said, while the White House outlines the blow to the Russian economy by reducing GDP by 15%, which will wipe out the last 15 years “of growth” Then the list of Russian oligarchs affected by sanctions expands.The People’s Daily, the official organ of the Chinese Communist Party, declared, “It is financial terrorism.” EU High Representative Josep Borrell commented: “Strange pro-Russian neutrality.”

Meanwhile, the first cracks in Europe were highlighted. “We are ready to pay for Russian gas in rubles, if necessary,” this is the post of Hungarian Viktor Orban, after his fourth term as prime minister. The cold shower came as the Twenty-seven Ambassadors were meeting to assess the Commission’s fifth package of sanctions which provides, among other things, to halt the import of charcoal: There were also hurdles (particularly on knots if the ban would only affect new contracts or even contracts current), but the planned green light will come today, in time for the G7 summit. Resistance continues over the expansion of oil and gas restrictions in the EU as well. “Sooner or later” they will arrive, reassured European Council President Charles Michel, while the Kremlin declared, contemptuously, that “the world is not only the West” and that “we will give our gas to others.”

But another rock is about to hit Moscow: a sovereign debt default. In March, though a few days late, outstanding Russian bond coupons were paid in dollars. But this time it did not turn out like this: the Russian Ministry of Finance announced that it would pay in rubles the coupon that expired on April 4 for $649.2 million, given that “a foreign bank refused to implement the instructions”. To say no, based on indications from the US Treasury, it was JPMorgan, the bank that has administered five coupon payments on Russian bonds since the start of the invasion. Given that payment in currencies other than the contracted currency is not allowed (and in fact international banks did not accept it), the event opens the door to the “default” of Russia, which according to some rating agencies has a probability of occurrence. than 99% during the year. They downplay it: it would be an “artificial backwardness”, said Kremlin spokesman Dmitry Peskov, because Russia has “all the necessary resources to repay its debts.”

Indeed, Russia will have the dollars to pay off its debts: for $490 billion of foreign exposure, the Central Bank of Russia’s reserves are $640 billion. But half of it is in foreign currency, most of it deposited in foreign accounts that were frozen with the first package of sanctions launched by the European Union and the United States in the wake of February 24, the day Putin invaded Ukraine. “Even if this were impossible – Peskov later admitted – it is theoretically possible to declare some insolvencies, but they will be artificial defaults.” However, Moscow has a 30-day grace period for getting funds to investors in the agreed currency. If it is not “artificial” or not, it defaults. A rope that would take more oxygen out of Putin, and thus have to cut off the resources of the Russian army, and would also cause businesses and citizens to fall into a cesspool, with very disastrous consequences.

Elisabetta’s funeral for Biden in the 14th grade at the Convent....

Hong Kong: Jimmy Lai sentenced for fraud to 5 years and...